There are few things that Michael and I enjoy more in life than kicking back and savouring a fine dram of single malt Scotch whisky after a long day. That being said, it will probably come as no surprise that one of the highlights of our road trip through the Scottish Highlands was being able to sample many a dram of some of the best whiskies in the world.

Though neither of us were completely uneducated in the complexities of Scotch whisky, through a number of distillery tours and tastings (the latter of which was solely for research purposes only…) we learned a lot about what goes into making a bottle of Scotland’s finest spirit. So I’ve put together this Scotch whisky guide in order share our knowledge on what we think is probably the finest drink in the world and hopefully turn you into a whisky lover in no time!

Scotch Whisky Guide: How It’s Made

Scotch production is a long and complex process, but it all starts from three key components: Water, peat, and barley — all three of which are in abundance in the wilds of Scotland. Perhaps what makes Scotch unique among other forms of whiskies is its use of peat. Peat is an accumulation of partially decayed plant matter that grows throughout Scotland and it is what gives Scotch it’s distinctive flavour.

The first step in Scotch whisky distillation is the malting process in which barley is soaked in water and then laid out to dry on a floor with the help of a peat fire. Traditionally, the barley is turned almost constantly by men wielding shovels in order to both evenly dry and distribute heat, however, most distilleries have foregone this process and instead source their malted barley from other suppliers. There are only seven distilleries in operation in Scotland today that continue to malt their own barley on site, including the Highland Park Distillery, which we visited in Orkney.

The second step is the mashing process, in which the now dried malted barley is ground fine into something known as grist and then mixed with hot waters in a mash tun. The water is added in three stages, increasing the heat with each addition until the temperature reaches near-boiling. During this whole process, the mash is stirred to encourage the growth of sugars. The liquid after the mashing procedure is called wort.

Now the fermentation process begins where the wort is cooled and yeast is added to feast upon all of the sugars created during the mashing process. At this point, carbon dioxide is also added causing the liquid — now called wash — to become magnificently frothy. The wash ferments for 2 – 3 days at which point it contains 6 – 8% alcohol by volume.

Next comes distillation, where the wash really starts becoming whisky. The wash is transferred to a copper pot still where it is heated to just shy of the boiling point and the vapours of the alcohol rise through a tube where it is cooled and transformed back into liquid form. It then goes through another distillation process where all of the yeast and other residue is removed, leaving just the alcohol. By the end of the distillation process, the liquid is now about 68% alcohol by volume.

The final step in Scotch distillation moves the distilled liquor into the spirit safe, where young whisky is matured in oak casks sourced from sherry, bourbon, or port distilleries. The length of time the whisky is spent aging in these casks depends on the bottle you happen to purchase.

While all distilleries throughout Scotland follow the process outlined above, there are five distinct regions of whisky production that all have their own unique flavour. These regions include the Lowlands, Highlands, Speyside, Islay, and Campbeltown.

The Highlands region located, obviously, in the northern part of Scotland, is the country’s largest whisky-producing region and encompasses both the mainland of Britain and it’s outlying islands, excluding Islay. Highland whisky is also probably one of the most diverse in flavours but is almost always notably floral and sweet without a distinctive peatiness, except when it comes to a whisky like Oban and some of those produced on the islands such as Talisker, Highland Park, or Jura.

Some notable Highland distilleries include Glenmorangie, Dalmore, and Glen Ord. Highland single malts are one of the best whiskies for Scotch novices to try as they tend to be milder in taste while not sacrificing complexity.

The Lowlands region encompasses southern Scotland and only has four distilleries in operation at present day. These include Glenkinchie, Alisa Bay, Auchentoshan, and Bladnoch. Lowlands whiskies are traditionally triple distilled which tends to give them a lighter taste, meaning there is an absence of peaty smokiness.

The Speyside region encompasses a small area north of the Cairngorms along the River Spey. The region, while quite small compared to the likes of the Highlands or Lowlands, has a total of forty-two distilleries actively producing whisky, including the highest selling whiskies of all time — Glenlivet and Glenfiddich.

Speyside whiskies range in flavours from a light, grassy taste to a sweeter, more robust flavour. Some notable whiskies from the Speyside region include Dalwhinnie, Aberlour, and Macallan.

The Campbeltown region, located on the end of Scotland’s Kintyre Penninsula, used to be one of the most prolific regions for whisky production with twenty-eight active distilleries and used to call itself the “whisky capital of the world.” Today, however, there are only three still in operation. These include Glen Scotia, Glengyle and Springbank.

Whisky that comes from the inner Hebridean island of Islay (pronounced Eye-Lah) is perhaps the most distinctive of all of the Scotch whiskies. Notable for their unique peaty/smokey flavour, drinking a dram of Islay whisky is akin to curling up in front of a wood burning fireplace on a chilly day. While mostly known for their smokiness, Islay whiskies also have notes of salt, iodine, and seaweed in them.

There are only eight distilleries on the Isle of Islay, three of which — Bowmore, Laphroaig, and Kilchoman — still malt their own barley on site. The other distilleries include Coal Ila, Ardbeg, Bruichladdich, Bunnahabhain, and Lagavulin.

If you are travelling in Scotland, I would highly recommend going on a distillery tour. Most working distilleries offer tours that include an in-depth look at how their particular whisky is made and also at least one dram for a tasting session.

If you happen to be in Edinburgh, I would highly recommend attending The Scotch Whisky Experience. This interactive tour is a fantastic introduction to the history and traditions of Scotch whisky and also provides a tasting session with a dram from each region. They are also in possession of the largest collection of Scotch in the world, so it is enough to delight even the most devout of whisky connoisseurs.

It is impossible to put everything in one simple Scotch whisky guide, however, these are the basics you might need to know if you want to learn more about Scotland’s famous spirit.

Are you a Scotch whisky lover? Let us know in the comments! 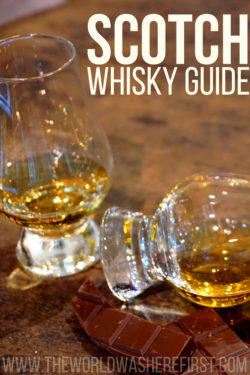 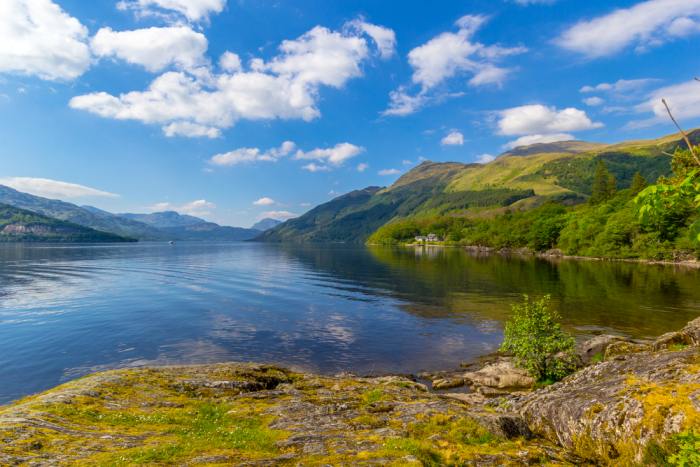 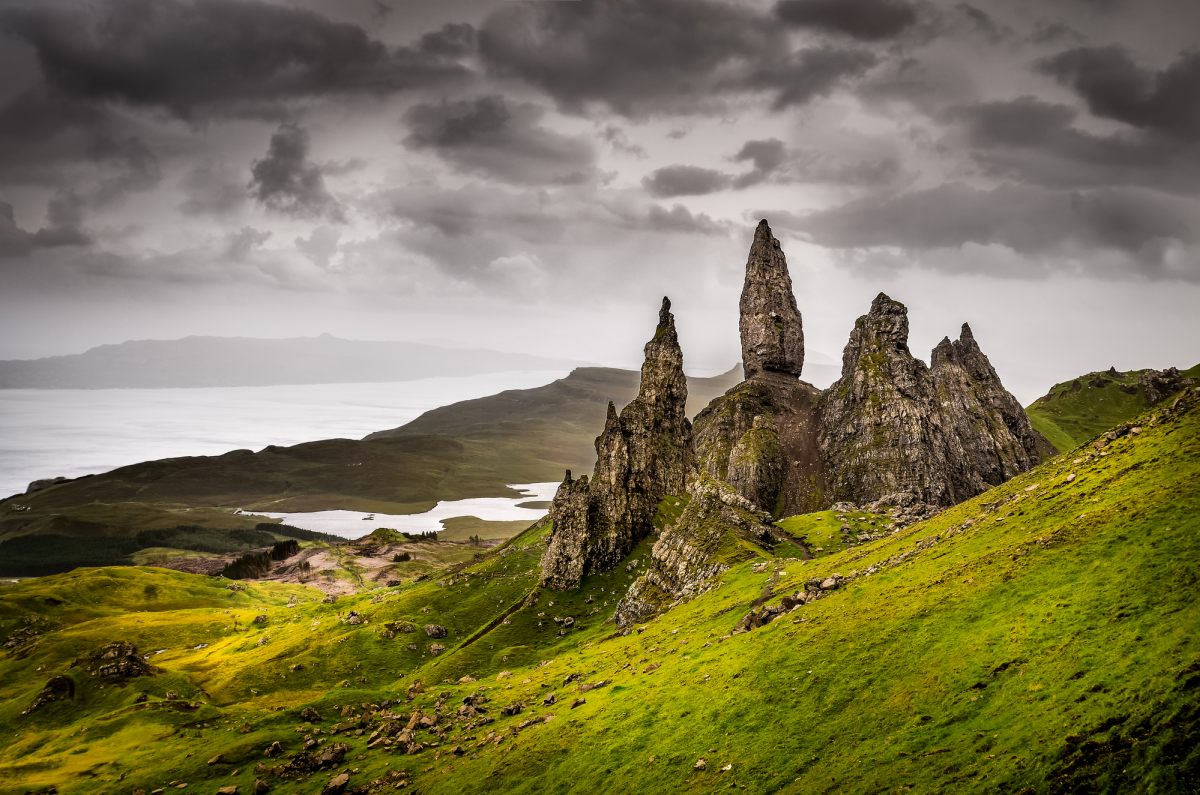 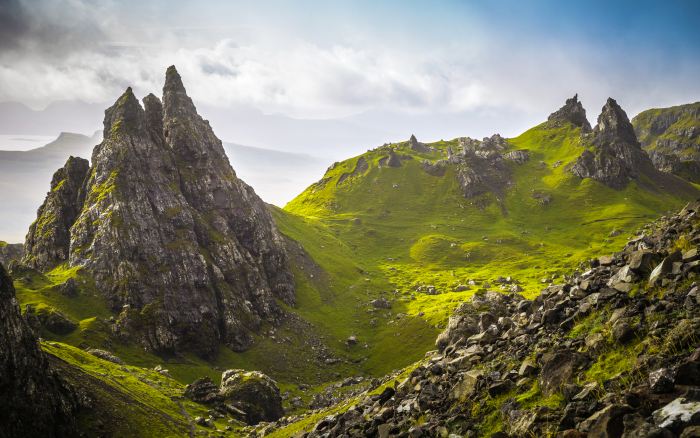