The underrated city of Bologna, often visited only as a short stopover from Florence or Venice deserves to be explored for more than just one day! Apart from exploring more of Bologna, a great reason to stay longer in the city is that there are a number of fantastic day trips from Bologna that travellers can take to explore more of the Emilia Romagna region and beyond.

The area surrounding Bologna is full of historical and beautiful Italian towns that aren’t as heavily visited as some of the more popular Italian cities. These are some of the best day trips from Bologna by train that will undoubtedly make you fall more in love with this beautiful region of Italy!

Truth to be told, if you’re not restricted by time then I would definitely recommend spending a few days in Modena rather than just visiting as a day trip from Bologna. Modena is beautiful and while you could easily justify visiting here simply to stroll through Piazza Grande and marvel at Palazzo Ducale, the reason to visit is undoubtedly to indulge in one of the gastronomical capitals of Italy! Unfortunately, if you’re only here for as a day trip from Bologna it means that you can only sample so much of the delicious food on offer in Modena!

Nevertheless, if you’re only in Emilia Romagna on a short trip and have time to take one Bologna day trip then I would definitely recommend visiting Modena. A great way to stay your day trip in Modena is to visit Mercato Albinelli – the central food market that gives you the chance to sample many of the delicacies this city is known for including balsamic vinegar and a selection of brilliant meats and cheeses.

In between strolling around the charming city, you can stop for lunch at home cooking style restaurant like Ristorante Da Danilo before climbing Ghirlandina Bell Tower to work off some of those calories and get amazing views of the city. You can even use the climb as an excuse to treat yourself to a gelato from Emilia Cremeria – one of the best-rated gelatos in the region! Finally, before returning back to Bologna, a stop at the Enzo Ferrari Museum is recommended if you’re a car enthusiast!

How to get from Bologna to Modena

There are regular trains from Bologna to Modena with the journey taking approximately 25 minutes with regional trains costing €3.85 one way. Avoid the high-speed trains as they’re only fractionally faster but cost three times the amount! Click here to check train schedules and book tickets.

It is also possible to take a guided tour from Bologna if you prefer not to do the trip independently. This full-day tour from Bologna includes visiting local producers of prosciutto, parmesan cheese and balsamic vinegar, a four-course lunch and a visit to the Ferrari museum. Click here to check availability for your travel days.

Another one of the best day trips from Bologna (or Modena for that matter!) is a visit to Parma – the home of globally recognised food items such as prosciutto di Parma and Parmigiano Reggiano!

Parma is a pleasant town to walk around for a few hours but I found it probably not as grand or charming when compared to Bologna or Modena. Nevertheless, it’s worth exploring the city centre and seeing some of the main sites such as Garibaldi Square and Piazza Duomo.

Parma is also a great town to visit if you want to learn more about the production process of Parmigiano cheese. You can organise tours at one of the dairies or alternatively pop into one of the many delis in town and sample some of the delicious cheese!

How to get from Bologna to Parma

Trains from Bologna take about 55 minutes and cost €7.35 while from Modena you can reach Parma in just under 30 minutes and tickets cost €5.40 on the regional trains. From Parma train station it’s about a ten-minute walk into the centre of town. Click here to check train schedules and book tickets.

If you love mosaics then you must visit Ravenna as a day trip from Bologna. Ravenna was the capital of the Western Roman Empire for part of the 5th century and there are 8 UNESCO world heritage sites that can be explored by travellers today.

The most famous of these is Basilica of Sant’ Apollinare Nuovo which has arguably the most beautiful mosaics in the whole city. If you still haven’t got your fill of mosaics and churches then head to the Basilica of San Vitale which was completed by the Byzantines in the 6th century.

Like many of the towns in this region, Ravenna lends itself well to walking around (as long as you have comfortable shoes!) and simply getting lost in the streets. Travellers can also walk out to Dante’s Tomb which is located about 1km from the centre of Ravenna.

How to get from Bologna to Ravenna

Trains from Bologna to Ravenna go approximately hourly and cost €7.35 for a one-way ticket. Click here to check train schedules and book tickets.

Another lesser-known city that can easily be visited as a day trip from Bologna is Ferrara. Once again, the best thing to do in Ferrara is to simply walk around the town (alternatively you can also rent a bicycle from the train station) and take in some of the sites and be surprised by the lack of tourists in this charming city.

One of the most impressive sites to see is Castello Estense which was built in 1385 originally as a fortress but went on later to become the royal residence of the ruling family. Make sure not to miss the dungeons below the living quarters!

Like many Italian cities, once you’re done exploring the sites, find an outdoor cafe and enjoy the city the way many locals do! The Old Jewish Ghetto is full of many great restaurants or cafes to choose from.

How to get from Bologna to Ferrara

Trains from Bologna leave regularly with the fastest regional trains taking about 30 minutes and costing €4.75 for a one-way ticket.

This might be a controversial inclusion as historically Bologna has been seen as a day trip from Florence rather than the other way around. However, there is no reason why you can’t base yourself in Bologna and go to Florence for the day if there is something specific you want to see or are interested in a return visit to Florence but don’t want to spend the night there.

There are many great things that you can do in Florence including visiting one of the world-class museums, climbing the Duomo, checking out one of the many churches or simply strolling around one of Italy’s most popular cities.

How to get from Bologna to Florence

If you do want to visit Florence as a day trip from Bologna then I strongly recommend booking train tickets in advance as you’ll want to take one of the fast trains which are only a 35 minutes journey from Bologna. These tickets can be expensive to purchase on the day of travel. 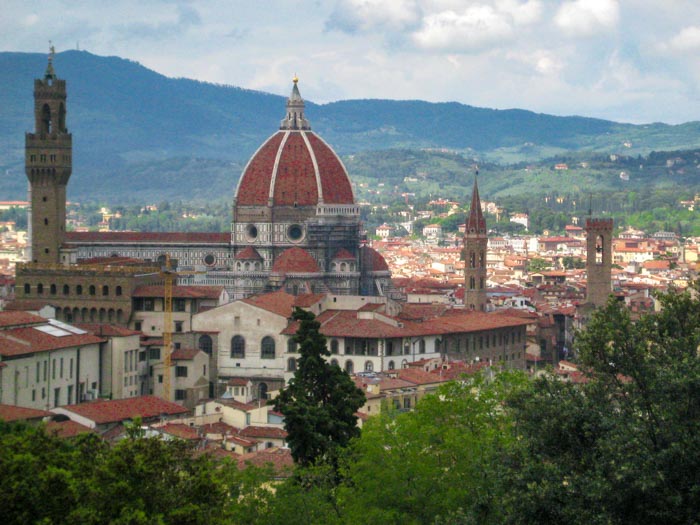 Florence is possible to visit as a day trip from Bologna!

Where to stay in Bologna

One of the reasons Bologna is a great base to explore Emilia Romagna is due to there being a number of great accommodation options to suit everybody’s Italy budget. Here are some recommendations for places to stay in Bologna:

Dopa Hostel – a small hipster hostel located in the heart of Bologna. They offer dorms and private rooms, free breakfast and their bunk beds have that sought after backpacker luxury of privacy curtains! Click here to see their latest prices.

B&B Chez Moi Lame 57 – a boutique bed and breakfast, perfect for a romantic couple getaway in Bologna. Located about ten minutes walk from Piazza Maggiore, this hotel is perfectly located for your Bologna stay! Click here to see their latest prices.

Not quite what you’re looking for? Then click here to browse other hotels in Bologna!

Bologna is a great city to base yourself in as not only is it a fantastic city to explore in its own right but there are so many great day trips from Bologna as well!

Before visiting Bologna make sure you have a valid travel insurance policy. We personally used World Nomads for our trip, however, it’s important to read the policy details to ensure it’s right for you. Click here to get a quote from World Nomads!

Have you taken any of these day trips from Bologna? Or which are you planning on going on? Let us know in the comments below! 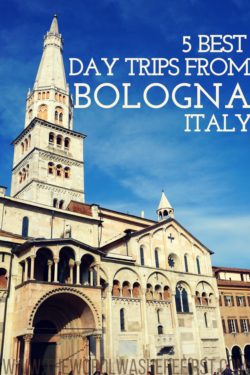 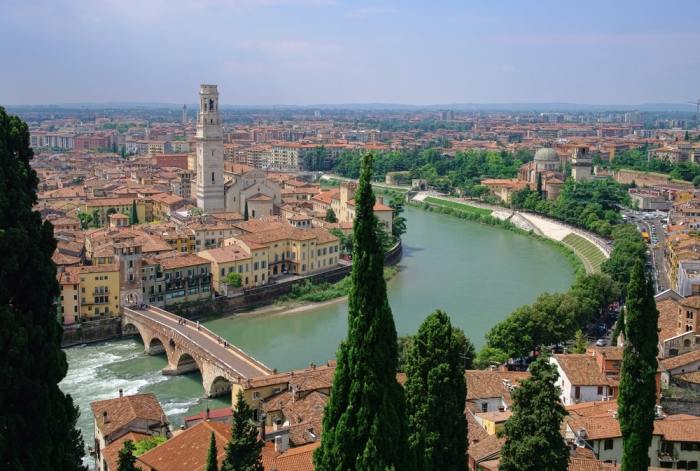 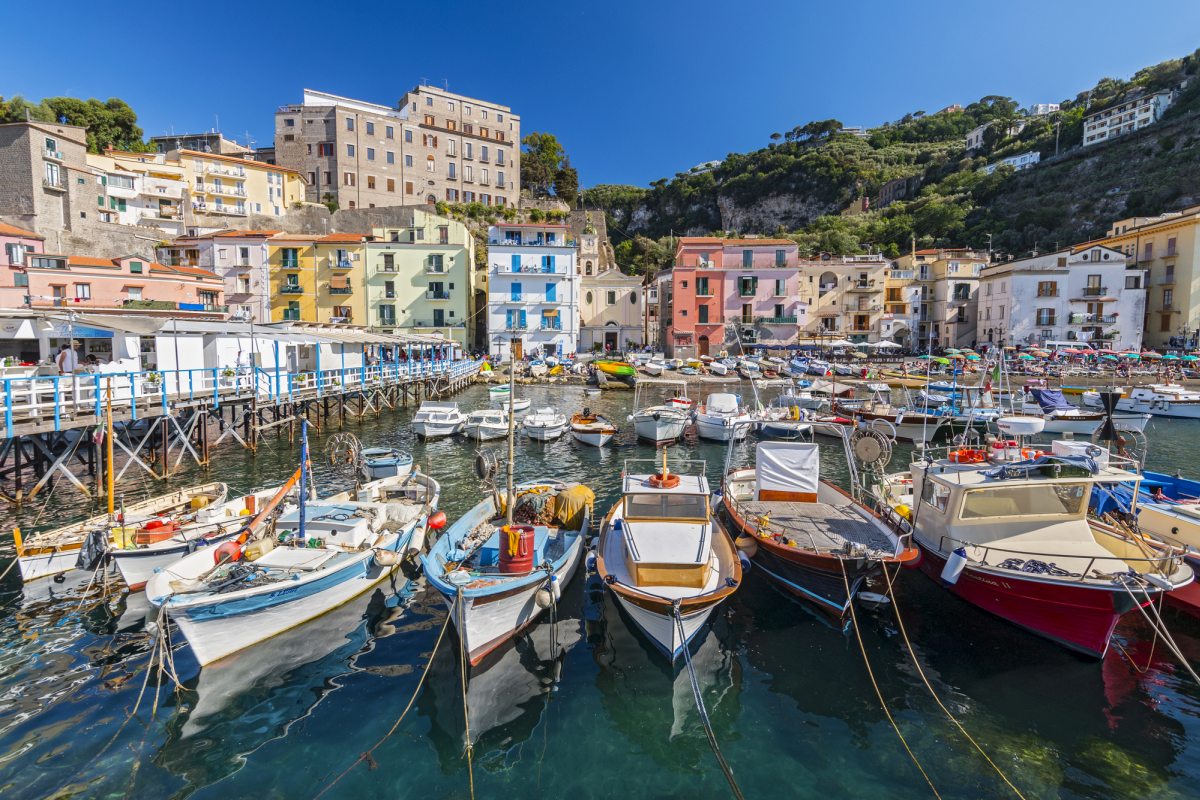