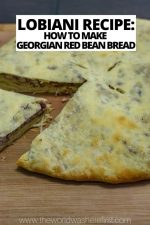 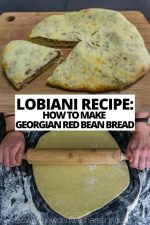 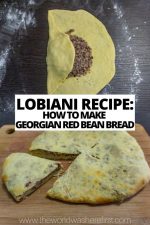 Though certainly not as popular or well-known as its cheesy cousin, khachapuri, the Georgian bean-stuffed bread lobiani is one of the most common and tasty Georgian dishes out there. Certainly much more the healthy that its cheese-filled counterparts (especially indulgent Adjaruli khachapuri), this lobiani recipe is an excellent way to experience a traditional Georgian dish in your own kitchen.

Though making a stuffed bread of any sort may seem daunting and working with yeast is something that can indtimiate a lot of home cooks, making lobiani is a refreshingly straightforward process that requires only about 30 minutes of active prep and cooking time.

So if you’re keen to try your hand at one of Georgia’s most beloved stuffed bread dishes, make sure to give this lobiani recipe a go!

Before I get into the details of the lobiani recipe, let’s talk about what exactly lobiani is. Like so many Georgian dishes, there are a number of different iterations of this bean-stuffed bread that can be found throughout the country.

Some lobiani are made in the tone oven (a stone oven similar to a tandoor), some are made with a very flaky pastry, some of more doughy and some are more beany. However, the general idea of lobiani remains the same across all varieties.

Basically, lobiani consists of just two things — a mashed red bean mixture stuffed inside a pastry. Typically, the bread will be round and the most common form you will find (including the one in this recipe) is going to look similar to an Imeruli khachapuri. It is a round bread made in a simple yeasted dough.

Often, you’ll find that lobiani is filled simply with cooked, mashed beans and the only extra flavour is salt. However, in this lobiani recipe, I do season the bean mixture with some spices common in Georgian cuisine and present in other Georgian bean dishes, most notably lobio, or red bean stew. It also makes the lobiani a bit more complex and flavourful.

Now it’s time to get into the nitty-gritty of this lobiani recipe! Though the bread is simple to make, there are a few steps involved that you need to master in order to get the best results possible.

The first step comes the night before you plan to make the lobiani, and that comes with soaking your beans. While you can use canned beans in this lobiani recipe, you’re going to get better flavour (and have more control over your seasonings) if you used dried beans. They’re not hard at all to make and you can cook them at the same time as your dough is rising.

It’s necessary, however, to soak your beans for at least 8 hours before cooking them. Put your beans in a large bowl or Tupperware container and cover with a few centimetres of water. Transfer to the fridge overnight — you will notice that the beans take on a surprising amount of water and nearly double in size during this time.

If you do forget to soak your beans, there is a workaround. Transfer your beans to a large pot, cover with a few centimetres of cool water and bring to a rolling boil for about 5 minutes. Turn off the heat and allow to soak for at least an hour, or as long as you have before you need to properly cook them. This doesn’t have quite the same result as a cold-soak overnight, but will do in a pinch.

On cooking day, it’s time to make your dough, which is very simple and not something to be feared! First off, you need to bloom your yeast (if you’re using instant yeast rather than active dry yeast, this isn’t necessary). Dissolve your sugar and yeast into your milk (which should be heated to about 40°C or 102°F) and set aside for about 5-10 minutes, or until the yeast begins to foam up and activate.

Meanwhile, combine your dry ingredients in a large mixing bowl. Make a well in the centre of the flour and add your egg, your yeast and milk mixture and your oil. Stir to combine until the flour is fully incorporated and a shaggy dough forms.

Turn dough out onto a clean, lightly floured surface and knead until the dough is smooth and cohesive, about five minutes. The dough should be soft and slightly tacky, but not too sticky. If you find the dough to be too sticky, then just knead in a bit more flour — how much four you will eventually need depends widely on a number of variables, including the humidity in the air and even your particular brand of flour!

Once your dough is smooth and kneaded, transfer it to a large, clean, lightly oiled bowl (to prevent sticking), cover with plastic wrap or a damp towel, and set aside at room temperature until doubled in size, about 1-2 hours.

Meanwhile, drain beans from their soaking liquid and transfer to a large saucepan and cover with about 5 centimetres (2 inches) of cool water. Liberally season with salt (I mean more than a small pinch — this is the only opportunity that you get to properly season the beans!), and bring to a simmer over low to medium-low heat.

Once the water begins to boil, you will likely notice a bit of white foam collecting of the top of the water — this is just a by-product of some impurities in the beans, go ahead and skim this off with a spoon. Cook the beans until tender, about 1-1.5 hours.

Preheat your oven to 200°C (400°F) Drain the beans and transfer to a large bowl and then mash until smooth with a potato masher. Add the spices (in this case, ground coriander, blue fenugreek, cayenne pepper, and salt and pepper to taste) and stir to combine. That’s your filling finished!

Once your dough has doubled in size, turn it out onto a lightly floured surface and roll out in a circular shape until the dough is about 5 millimetres (about 1/4 inch) thick. Add your filling, compacted into a disk, to the centre of the dough, leaving about 8 centimetres (about 3 inches) of diameter surrounding it.

Fold the excess dough over the beans so that the filling is completely covered and, using your rolling pin, roll over the seams to completely seal it inside and to ensure that the dough is of even thickness throughout.

Roll your lobiani until it reaches about 25 centimetres in diameter (about 10 inches). Flip it over, so it is seam side down, and cut four small slits in the centre of the dough to allow steam to escape when baking.

If you want a visual aid to help you form your lobiani, click here to watch me making this recipe on YouTube!

Transfer the lobiani to a parchment-lined baking sheet and bake until cooked through, crispy, and lightly golden brown, about 8-10 minute. Transfer to a cutting board and cut into wedges, like a pizza, and serve immediately.

As you can see, this traditional Georgian lobiani recipe isn’t difficult at all to make and it is a much healthier option to indulgent (though delicious) khachapuri!

Are you interested in learning how to make lobiani? Have you had this Georgian red bean bread before? Let us know in the comments! 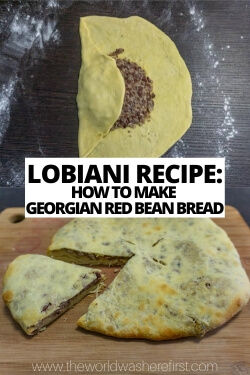 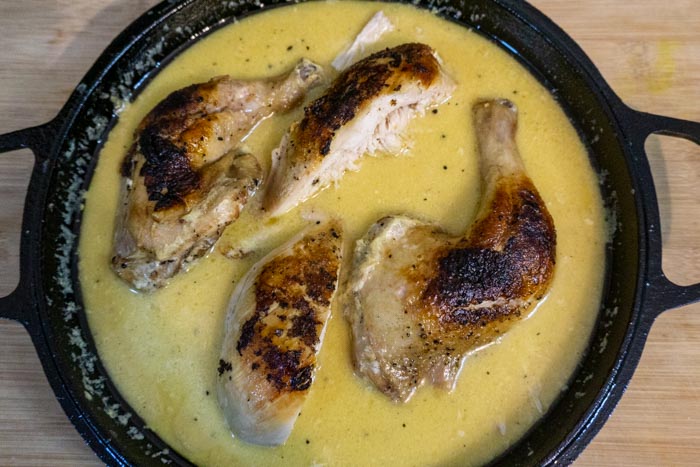 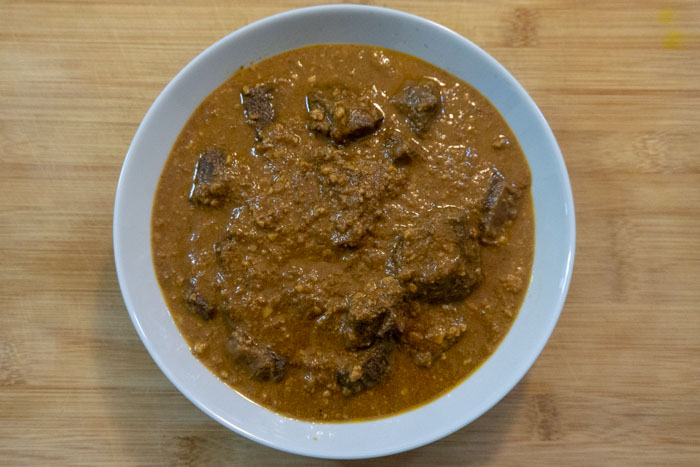 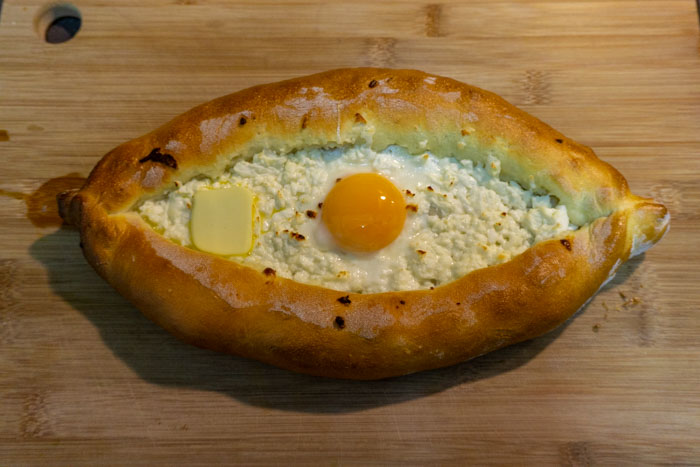