The Balkans are becoming a more and more popular destination for travellers in Europe looking for new and untouched destinations for their Euro trip. However, travelling the Balkans is certainly a different kettle of fish to backpacking through the rest of the EU. Here are ten Balkan tips to have you prepared for visiting this beautiful part of the world.

Unlike the majority of Europe where the train network reigns supreme, if you’re travelling the Balkans, buses are the way to go.

There are very few trains that run between countries in the Balkans and even within one country, the trains tend to be very slow compared to buses. Most locals will use buses for getting around and I suggest you follow their lead!

For travelling between countries, it’s worth looking into private shuttles that many hostels and guesthouses can organise. They tend to be a bit more expensive than the public buses however they are quick, drop you off door to door and minimise the risk of getting stuck at the border because one person on your bus doesn’t have the correct documents!

2. It’s hard to be vegetarian

When travelling the Balkans, one thing you’ll certainly notice is the locals’ love of meat. Go to any traditional restaurant and the Balkan food you’ll see on the menu will likely consist of meat, wrapped in a different type of meat and possibly stuffed with cheese.

Dishes like ćevapi (grilled caseless sausages) and pljeskavica (Balkan style hamburgers) are commonplace throughout the Balkans and often a cheap and filling option. If you are a vegetarian, don’t despair! Countries like Albania and Bulgaria will have more options due to their larger Mediterranean influence and vegetarian options are popping up in the main cities.

If you’re old enough, travelling the Balkans will remind you of the good old days when hopping between European countries meant dealing with a new currency.

The majority of the countries in the Balkans have their own currency except for Montenegro and Kosovo, who use the Euro. Some have simple conversions (2 Bosnian Mark is around 1 Euro) while others might require a bit more mathematical prowess (120 Serbian Dinar is around 1 euro).

Regardless of which currency you are using, it can be difficult to exchange once you leave the country so I recommend withdrawing wisely. If you do get stuck with a handful of unwanted currency, I suggest trying to swap with other travellers.

4. Be sensitive about the war

For a lot of travellers in the 25 to 35 bracket, the Yugoslav wars of the 1990s are likely to be one of the first major conflicts that they lived through. It’s natural to have a curiosity about these wars, however, please be sensitive when broaching the subject while travelling in the Balkans.

Don’t be the annoying tourist who won’t stop asking the Serbian tour guide about Kosovo during a walking tour of Zemun – a region that has nothing to do with the conflict. If you’re interested in the conflict, visit museums or take tours on all sides of the war and above all, respect the wishes of locals who don’t want to speak about it.

5. You will drink rakija

Rakija is the national drink of the Balkans – a type of fruit brandy commonly made with plums, grapes or apricots. It seems everybody living in the Balkans knows somebody that brews rakija and pretty much anywhere you go you’ll see plastic Coke bottles filled with the drink.

Locals love sharing rakija and whether it’s when you’re checking into a guesthouse, sitting around playing cards or simply look thirsty be prepared to have a drink! Make you sure you learn how to drink rakija like a local before you start travelling in the Balkans!

I’d advise against travelling the Balkans if you have recently quit smoking. Not only are cigarettes extremely cheap but smoking is pretty much allowed anywhere. So if you’re planning on hitting the clubs in one of the Balkan’s famous party cities, be prepared to come home with your shirt smelling of smoke!

A number of Balkan countries are however working their way towards joining the European Union meaning it might only be a matter of time before the EU starts imposing some of the smoking laws that are common in many Western countries.

7. Get used to Balkan time

It’s a saying common with many parts of the world, however, is particularly relevant for the Balkans if you’re making your way here from other parts of Europe.

There’s no doubt that things in the Balkans move at a slower laid back pace to their EU neighbours and that’s something you should certainly embrace during your travels. Don’t get annoyed by a late bus. Enjoy a leisurely coffee. Have a long chat with the person on the table next to you. It’s a large part of the Balkan culture and one of the best things about travelling in this region!

8. Be prepared to laugh

Something you’ll notice quickly when travelling the Balkans is that locals have an awesome sense of humour.

9. Borders still mean something in the Balkans

With that, comes all the fun of potential long queues, inefficient border guards and the strong possibility of that one person on your bus having incorrect documents meaning you get delayed. There’s never much you can do about it so put it down to another quirk of travelling in the Balkans!

10. Burek is the ultimate backpacker’s breakfast

One of the things I miss most about travelling the Balkans is eating burek for breakfast on almost a daily basis. Burek is a type of flaky pie stuffed with either meat, cheese, potatoes or spinach. It’s available in a huge number of small bakeries that you find throughout the Balkans, costs no more than €1-2 and is super filling meaning you have plenty of fuel for a day of sightseeing. It’s also greasy enough to cure even the worst of rakija induced hangovers!

Have you been to the Balkans? What Balkan travel tips do you have? Add a comment below! 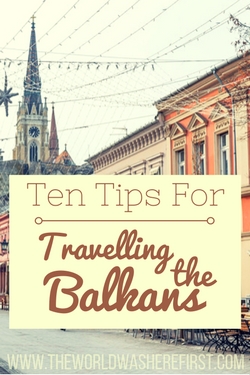 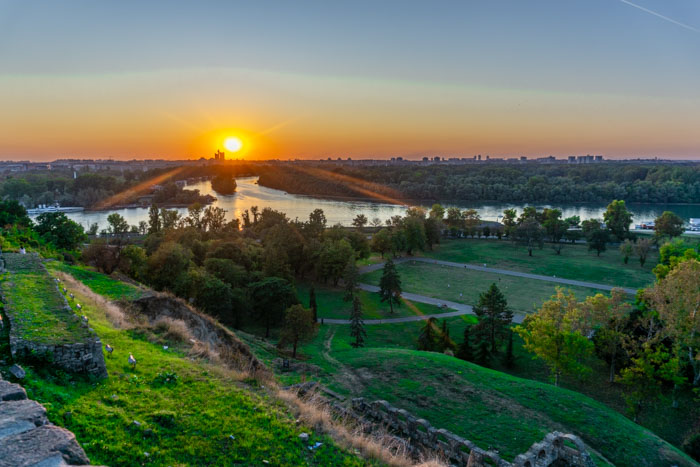 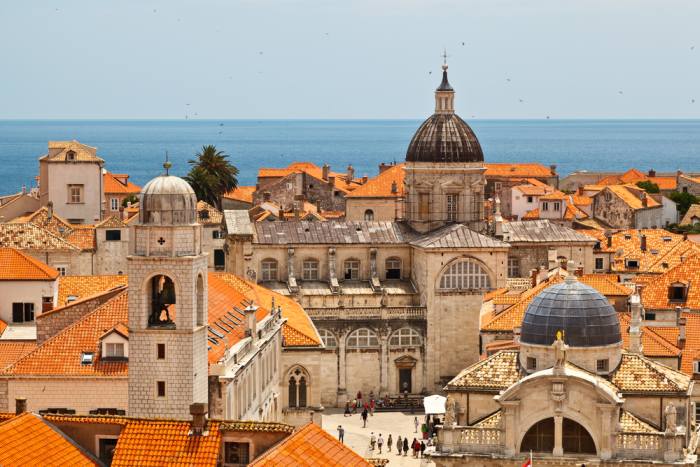 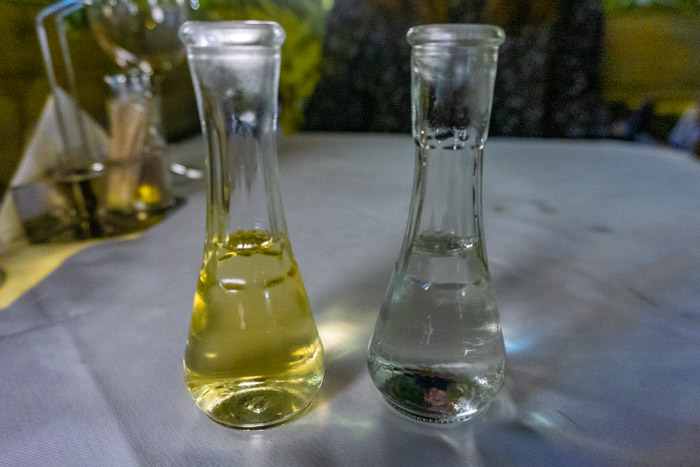