Malta is an interesting country. Not only is it home to some of the most ancient man-made structures on earth, but the weather is almost always perfect, the water almost comically clear and blue, and the scenery spectacular. Not only does it have some of the most friendly and hospitable locals in Europe, but it also had some of the best food in the Mediterranean. Malta has a long history of occupation; from the Phoenicians to the Moors, to Arabic and Italian influences, to British colonisation. Each of these groups have shaped the Malta food and wine scene into what it is today, an incredible mishmash of cultures, culinary styles and flavours that are an absolute delight to the taste buds.

In Malta, like in much of Europe, local produce reigns supreme. Thus, with the country being an island nation, the Malta food scene relies heavily on fresh fish and seafood from the warm waters of the Mediterranean. Combined with an incredible mixture of flavours and spices from many places around the globe, Maltese cuisine is absolutely delicious. These are some of the best dishes to look out for on restaurant menus all over Malta and Gozo:

One of the most ubiquitous Maltese foods that you’re sure to encounter on your visit to the archipelago is Pastizzi. These small, savoury pastries are one of the most popular snacks in Malta and are available in bakeries throughout the country. A popular breakfast option, Pastizzi are made with a flaky, puff pastry-like dough and are filled with either ricotta cheese or mushy peas (a remnant of British colonialism, no doubt). While you can sample pastizzi virtually anywhere in Malta, the best place to try these delicious little pastries is at Crystal Palace in the city of Rabat. Open 24 hours per day, they make absolutely wonderful handmade pastizzi fresh from a wood-fired oven.

Besides fish, rabbit is the most common animal that is eaten in Malta, also due to the sheer abundance of them on the archipelago. Because of its gamey nature, rabbit is typically stewed in Malta much in the same way as both the octopus in garlic and the lampuki pie. The traditional Maltese mixture of flavours of tomatoes, onions, garlic and herbs are mixed with red wine, potatoes and, of course, rabbit. After slow cooking for a couple of hours, the rabbit is tender and flavourful. While rabbit stew, or Stuffat Tal-Fenek in Maltese, is an option on most menus throughout the country year-round, it is more often considered a winter-time dish.

Understandably due to its geography, Maltese cuisine relies heavily on the plentiful seafood found in the Mediterranean sea. One of the most common dishes that you’re sure to see on most Maltese restaurant menus is Octopus in Garlic. This traditional dish of octopus simmered in a red wine sauce with lots of garlic (clearly), tomatoes, onions, olives, capers, and herbs is absolutely delicious and incorporates many of the flavours that are commonly found in the food of Malta. Typically served as an appetiser with some crusty bread, because Maltese portions tend to be on the bigger side, you can easily order this as a main dish. While octopus in garlic is available in most restaurants serving Maltese cuisine, one of the best places to sample the dish is at Ta’ Kris restaurant in Malta’s biggest city of Sliema.

For more than 200 years in the 16th to 18th centuries, Malta was occupied by the Order of the Knights of St John, and they shaped Malta to much of what it is today. Because these knights hailed from various Western and Southern European countries, their influence also extended to Malta’s food. One of the most notable of these culinary influences becomes apparent in aljotta, a fish stew that is entirely reminiscent of its Provençal cousin, bouillabaisse. In aljotta, a range of fresh seafood is simmered in a sauce of tomatoes, garlic, and white wine and thickened with rice. It is a truly delicious Maltese dish that is available in most traditional restaurants.

Lampuki pie is probably the greatest example of how the melting pot of foreign influence has shaped Maltese cuisine. Lampuki, known globally as mahi-mahi, dorado, or dolphin, is a fish found frequently in Malta. The fish is stewed with tomatoes, olives, and capers (like many dishes in Sicily, Malta’s neighbour to the north) along with a flavourful mix of spices commonly found in dishes in North Africa and baked into a flaky pie crust, incorporating a British staple as well.

Everybody knows and loves cannoli and due to Malta’s proximity to Sicily, they have their own version: kannoli. The Maltese version is essentially the same as the Sicilian version: sweetened, whipped ricotta cheese is piped into a crisp, fried pastry shell and garnished with a range of toppings including pistachios and chocolate. Even though they may be more reminiscent of Italy, kannoli are just as much Maltese as they are Sicilian and it’s very worth trying these deserts when you’re visiting the Mediterranean nation.

Moving on from the delicious savoury dishes, it’s time to into Maltese sweets. One of the most popular sweet snacks in Malta is honey rings. Despite their name, there is actually no honey in these circular pastries. Instead, a spiced treacle (molasses) mixture is rolled into a sweet, chewy dough and then shaped into a ring before baked. These are most traditionally eaten in Malta around Christmas time, however, they are a very popular snack and are available in bakeries and shops year-round.

While certainly not internationally recognised, Malta is home to some fantastic wine country. The minute you venture outside of the cities, you will be greeted by many acres of vineyard. In the past, locals traditionally didn’t respect their country’s wine-making ability and tended to prefer vintages from more renowned producers, such as Italy or France.

However, in the past decade or so, Malta has upped their game in the winemaking industry and are now winning several accolades of international renown. While most Maltese wines use familiar grape varieties such as Merlot, Syrah, Chardonnay, Chenin Blanc, Sangiovese, and so on, they do have some indigenous varieties called Gellewza and Ghirghentina which produce incredibly flavourful and full-bodied wines.

There are many commercial vineyards on both Malta and Gozo and most will offer guided tours and tastings. It can be exceptionally worth going on one of these, not only to taste vintages that are unavailable elsewhere in the world but also to learn about the history and culture of cultivating grapes and winemaking in Malta. One of the best places to go on a vineyard tour is at Tal-Massar winery outside of the village of Gharb on the island of Gozo. The owners of this small, family winery greatly convey the passion of winemaking and are actively trying to change both the local’s and tourist’s preconceived notions about Maltese wines.

The incredible flavours of the food and wine of Malta are truly one of the best things about travelling to this Mediterranean archipelago. The outside influences from centuries of foreign occupation have shaped a cuisine that is unique to anywhere else in the world.

Have you been to Malta? Are you planning a trip? What are some of your favourite dishes that you’ve eaten in Malta? Let us know in the comments! 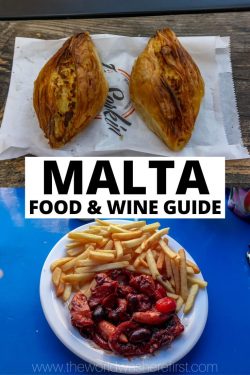 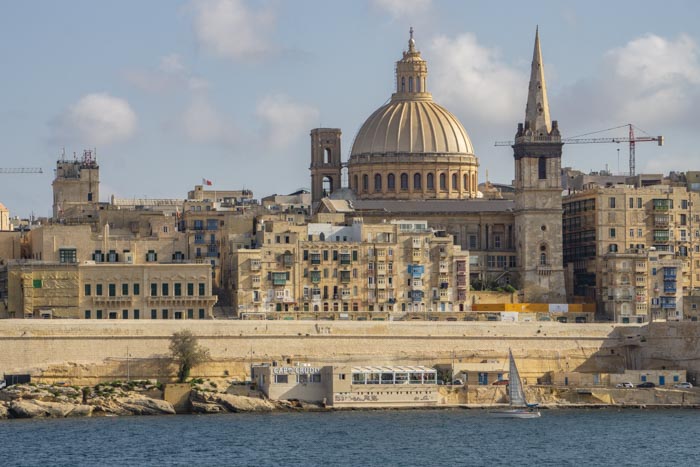 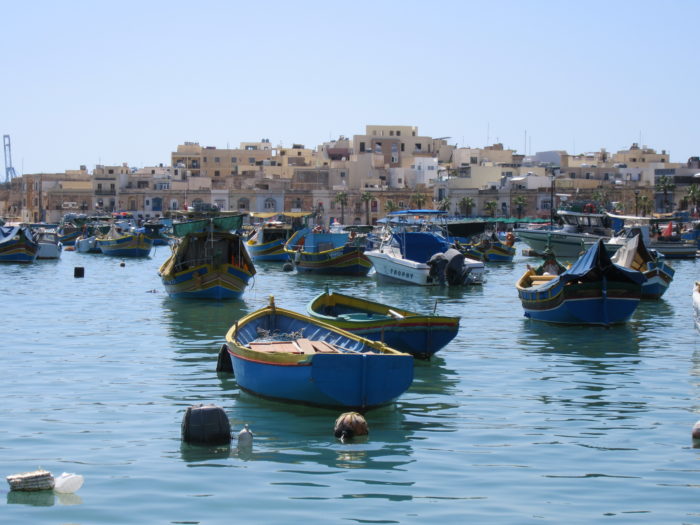 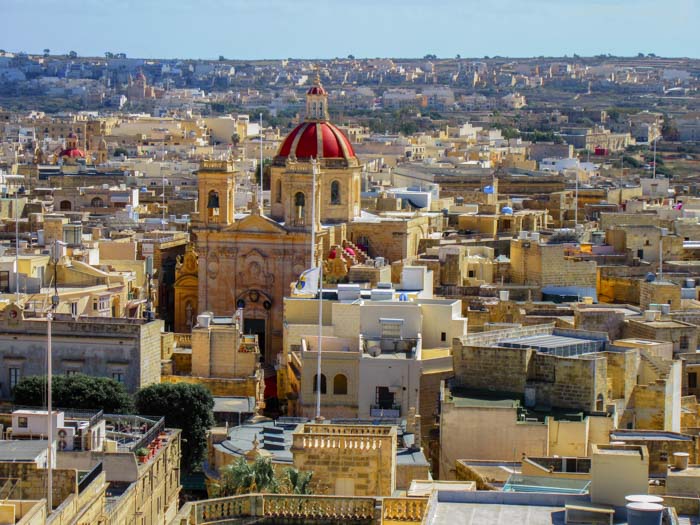