Whether you’re from out of town and want to see a different side of this phenomenal city or you want to pretend to be a tourist in your own backyard; here is an alternative 3 days in London itinerary that will give you a number of suggestions on how to spend a long weekend in the Big Smoke!

This 3 days in London itinerary works best if it’s done over a long weekend. You can visit all of these places on any day of the week, however, some of the markets and such are only running on certain days. So, if you can, plan to spend your city break in London over Saturday, Sunday, and Monday.

On day one of your alternative 3 days in London itinerary, head to Camden Passage adjacent to Angel Station in Islington. Here you’ll find quaint cobbled streets, a number of cafes and restaurants, and some cool antique shops. Grab some breakfast or a coffee and spend your morning exploring this area!

If the weather is warm, take a leisurely stroll east along the Regent’s Canal all the way to London Fields park in Hackney. It’s a long way, but the canal is picturesque and peaceful. The stretch from the canal to the park will take you through Broadway Market, probably our favourite market in the city!

Stock up on some food and enjoy a picnic and sunbathe in London Fields, maybe have a few beers and play some ping pong! There are also a number of cool cafes and restaurants around that area as well if that’s more your speed. Spend the rest of your day relaxing and people watching, you won’t regret it!

However, if you feel like cramming a bit of culture into the day, head to the V&A Museum of Childhood, a short walk away in the East London neighbourhood of Bethnal Green.

Plan to stay in the area for the night and check out the nightlife in nearby Dalston, a very trendy neighbourhood where you are highly unlikely to see many other tourists.

Home to some of our favourite cocktail bars in London, it is one of our personal favourite neighbourhoods for a night out. Map Maison across the street from Haggerston station mixes up fantastic cocktails in a cosy setting. They also serve generous portions of tapas at a reasonable price.

Also worth a mention is Viva Dalston, a Mexican-themed cocktail bar. Although their food and Margaritas aren’t super authentic, it’s still got a nice vibe and a great outdoor seating area if the weather is warm.

Ruby’s is also a popular haunt with locals and it was probably the first cocktail bar of its type to pop up in Dalston. It’s a cosy basement bar that serves nice cocktails and also a good array of craft beers.

Although gentrification has truly come full force to this East London neighbourhood, Shoreditch is still arguably one of the hippest places in the city and therefore is a must on any alternative 3 days in London itinerary. Shoreditch is also one of the best neighbourhoods to stay in London, regardless of whether you are a tourist or moving here from abroad if you’re interested in exploring the artsy side of this city.

Start your day with breakfast at Long White Cloud on Hackney Road where you’ll find a diverse menu full of organic and fair trade foods and a fantastic cup of coffee; our personal favourites include the veggie breakfast and egg white omelette. It can get quite busy at the weekend, but you’ll almost always be able to find a table without much of a wait. You can also fill up on a variety of baked goods and Aussie favourites, like Tim Tams and vegemite!

After breakfast, head to the Old Truman Brewery on Brick Lane to check out the cool markets; it’s about a fifteen-minute walk. Alternatively, you can take the Overground one stop from Hoxton to Shoreditch High Street, but if the weather is fine I would recommend walking as there is some great street art to see in Shoreditch!

There are a couple of markets open on the weekends, but I would especially suggest checking out the underground vintage market and the expanse of food stalls with every cuisine known to man, all at very reasonable prices.

For lunch, either gorge yourself at the food market or check out one of the myriad Indian restaurants lining Brick Lane. Also worth a mention are the two adjacent bagel shops, both open 24 hours and offering up some cheap, good eats. There is much debate as to which is the best (the yellow one, it’s the yellow one) but that’s up for you to decide! 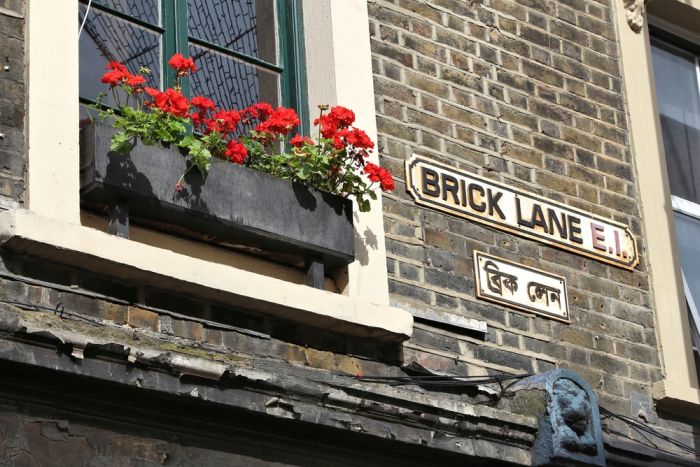 If you’re interested, there are a number of walking tours that focus on the street art of the East End. We have personal experience with Undiscovered London and can say that the tour we went on with them was fun and informative. Their street art tour starts at 3 PM and costs £12 if you book online in advance (it’s £14 on the spot). It meets at Liverpool Street station, which is only about a five-minute walk from Brick Lane.

There are a number of good dinner options to choose from. Kingsland Road has a plethora of Vietnamese restaurants — our personal favourite, Bun Bun Bun, is probably our favourite restaurant in the entire city.

Shoreditch is also known for its nightlife and a day spent there wouldn’t be complete until you’ve had a taste of it yourself. There are a number of pub crawls you could join, or you could just sample a few spots of your own choosing.

Nightjar is an award-winning speakeasy with live jazz music every night and fantastic cocktails, however, it is very popular and you will need to book a table weeks in advance to ensure entry, especially on a Saturday. There are a number of clubs as well, including Trapeze, XOYO, and Cargo.

Where the East End is about the art, Camden Town is all about the music. Though well on the tourist radar by now, it is still an area of London worth checking out, especially since luxury condos are popping up left and right and tearing down the historic markets with it.

And with hipster cafes like Cereal Killer (also a location on Brick Lane), gentrification has well cemented itself into Sid Vicious’ former stomping grounds. However, Camden is still probably the most obvious stop on any alternative London itinerary.

Camden has a number of phenomenal markets to wander around and is also home to the most famous tattoo parlour in London if you want to have a permanent memory from your weekend! Start your day walking along Regent’s Canal to the Camden Lock market. Enjoy some time browsing the stalls and maybe stop and people watch.

I would recommend going on Undiscovered London’s Camden Markets and Music Legends tour, which meets in front of the KOKO nightclub at 3 PM and costs £12 if you book online in advance. Michael and I went on this tour and had a fantastic time, they also give you a coupon for one of the food markets so you can get a discount on dinner!

Camden also hosts a lively bar and club scene, and if you’re up to it it’s worth checking out! If you want to drink surrounded by history, check out one of the four castle pubs. So established to keep the working class inhabitants of 19th century Camden from late-night brawls, these four pubs represent the four countries of the British isles. There is the Dublin Castle (Ireland), the Edinboro Castle (Scotland), the Pembroke Castle (Wales), and the Windsor Castle (England).

On Sunday nights, it’s also worth heading to the Blues Kitchen, where they host an open jam night with local amateur musicians. The Koko Nightclub often hosts major musical acts and also is an awesome place party into the wee hours of the night.

Of course, it’s impossible to cram everything London has to offer in the span of three days but I hope with these suggestions you’ll be able to get a little off the beaten track in this great city.

Are you a Londoner? What are some of your favourite places off the typical tourist trail? 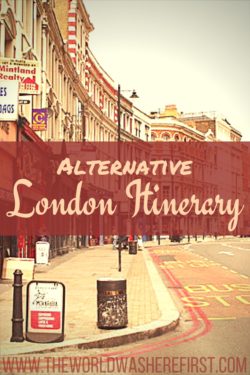 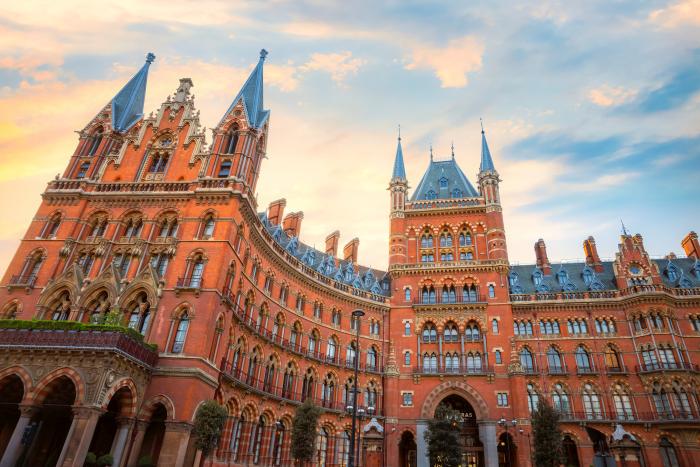 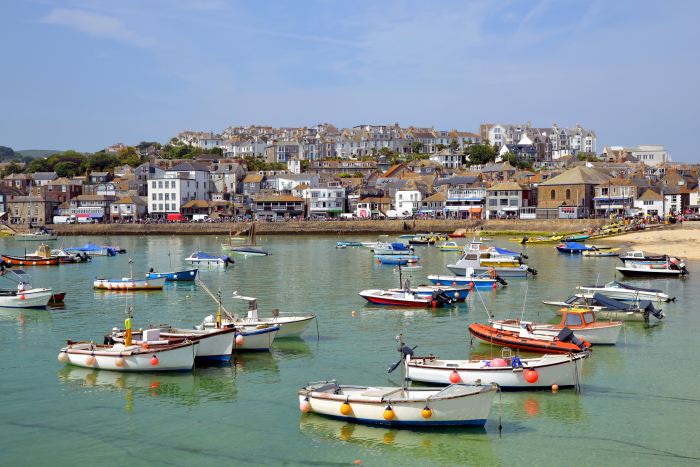 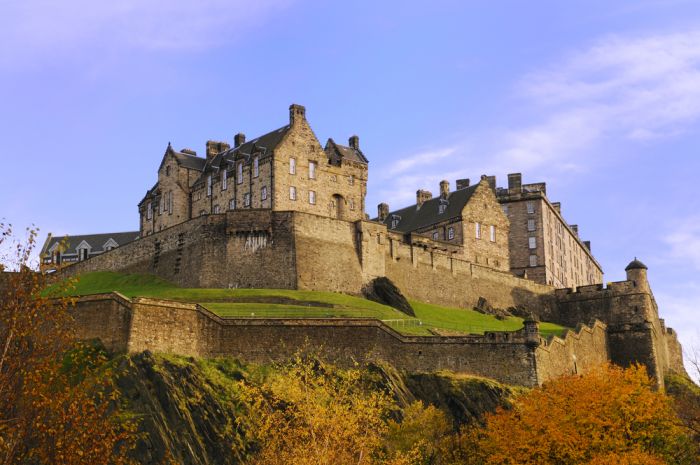