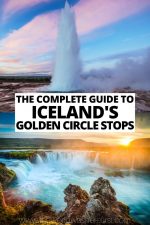 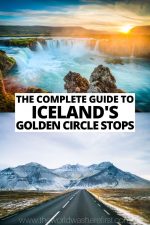 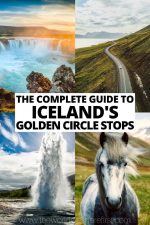 For most travellers on a short trip to Iceland, after spending a day or two in Reykjavik and soaking in the Blue Lagoon, their last day is spent touring the famous Golden Circle, easily accessible as a day trip from Reykjavik. While many tour operators stick to the four most popular Golden Circle stops, there are a number of spectacular additional stops possible if you self-drive the Golden Circle.

That being said, it’s certainly still worth adding the popular stops to your Golden Circle route as their beauty is undoubtedly the reason behind the larger tourist crowds. Here are the most popular Golden Circle stops and some of the less visited stops that will help you create the perfect Golden Circle itinerary for your trip! (Scroll down to the end of the article to see all a Golden Circle Iceland map with stops listed!)

The best way to get around on the Golden Circle is by hiring a car. We recommend browsing on Rentalcars.com to find great deals as they aggregate prices across many major providers.

If you don’t have a car during your trip to Iceland and want to visit the popular stops on the Golden Circle then you need to organise a guided tour. As Iceland is an extremely popular tourist destination, we strongly recommend booking a tour in advance, particularly if you only have a couple of days in Iceland.

The first stop on most tour operators’ Golden Circle route is Þingvellir National Park, located about 40km from Reykjavik.

The national park can feel quite crowded near the entrance as many tour operators only stay here for an hour or so, however, it’s quite easy to get away from the crowds by walking further into the national park.

You could easily spend a full day just in the national park, walking one of the main hiking trails, going horseback riding or even scuba diving! If you do plan to only make a short stop here, I suggest arriving early as the front of the national park can get quite busy throughout the day.

Entrance to the park is free of charge however you do need to pay a parking fee and to use the bathrooms at the entrance of the park. There is also a small exhibition called ‘Heart of Iceland’ in the Visitor Centre that explains some of the history of the national park. Entrance to the exhibition costs 1000 ISK.

One of the most popular Golden Circle stops is the Strokkur Geysir which is located in the geothermal pools of the Haukadalur Valley.

The geyser erupts every 10 minutes or so and shoots boiling water over 70 metres into the air! It only takes a few minutes to walk here from the car park and there are also a number of smaller geysers that erupt in the area. It’s an amazing site to see however you don’t need to spend a long time here if you only want to see the geyser erupt once!

Located just a short drive from the Strokkur Geysir, is the powerful and massive Gullfoss Waterfall.

Gullfoss falls in two stages at a total height of 32 metres and combined with the large gorges that surround it and deep valley below, provides travellers with a spectacular site along the Golden Circle route! There is a reason why Gullfoss is Iceland’s most popular waterfall and it’s certainly worth seeing despite its popularity.

There a number of wooden paths that you can take around to get great views of the waterfalls and you can easily spend an hour or two walking around and taking in the sheer power of Gullfoss!

Don’t know where to start when it comes to packing? – Check out our all season Iceland packing list!

While probably not as popular as the above three Golden circle stops, the Kerið Crater Lake still receives a number of visitors due to its easily accessible location on the Golden Circle route.

The crater lake is surrounded by red volcanic rock and is over 55 metres deep, giving travellers a great vantage point from above. I recommend spending about an hour here as it’s worth walking both around the crater lake as well as taking the stairs down to the bottom of the lake to give yourself another perspective on this amazing site.

There is a small entrance fee of 400 ISK (approximately €3) to enter the crater lake.

Located between Þingvellir National Park and Strokkur Geysir, Bruarfoss Waterfall is a great off the beaten path stop if you’re self-driving the Golden Circle. While you were previously able to access Bruarfoss Waterfall by just taking a 10-minute walk from a gravel road, private landowners have recently closed this access point due to the impact it was having on the environment.

You are still able to access the waterfalls by directing your Google Maps to “Bruarfoss Waterfall Official Parking” and then following the path along the river to the falls which is approximately 3km one way. You can see the trail by downloading the Iceland map on Maps.Me (a fantastic offline maps app!).

Due to the area not being able to properly support the number of tourists arriving, please ensure you respect any no access signs and don’t take the trail if when you visit there is a sign saying that the path is closed. As with anywhere in Iceland, don’t leave any trash behind and respect the people’s wishes who live there.

The walk to the falls is predominately walking through bushes, muddy ground and even crossing a small stream so make sure you have appropriate footwear. The most striking feature of the waterfall is the clear blue water and it’s definitely worth getting a bit muddy to see these falls!

If you self-drive the Golden circle then there will be a number of opportunities to stop along the route and say hello to some beautiful Icelandic horses!

Some of the stops even have food that you can buy for a nominal amount to feed the horses! Don’t worry if you don’t have time for this however as if you drive further along Iceland’s South Coast there are no shortage of opportunities to see these magnificent animals!

Another one of the less visited Golden Circle stops is Faxi Waterfall located only 20km from Gullfoss.

While certainly not as spectacular as some of the other waterfalls you can see in Iceland there is something about it’s surrounding peaceful landscape that makes this a lovely stop along the Golden Circle route.

Also, unlike Bruarfoss Waterfall, Faxi Waterfall is easily accessible from the car park meaning it’s an easy stop for all travellers who self-drive the Golden Circle!

The town of Skálholt is a short detour from the Golden Circle and about a 15-minute drive from Faxi Waterfall.

The town has historical importance as the centre of Christianity in Iceland for over 700 years until the 18th century. Today, the town is visited to see the newly built cathedral and traditional turf roof huts.

During summer there are also often free concerts and other cultural events that travellers can attend.

If you don’t fancy paying a small fortune to visit the Blue Lagoon, then a great alternative is to hike to the Reykjadalur Hot Springs. The hiking trail begins about a 40-minute drive from Reykjavik and can make for a great last stop on your Golden Circle itinerary!

It’s approximately a 3km hike to the natural hot springs and there are great scenic views along the way. There are no changing facilities at the hot springs however there are spots when you can find some privacy before or after taking a dip in the hot springs.

Check out the map below to see all the popular and less visited stops plotted on a handy map of the Golden Circle!

How long does it take to drive the Golden Circle?

If you want to see all the Golden Circle stops listed in this article then I suggest allocating at least 1.5 days and preferably 2 full days to experience the route at a leisurely pace. If you only have one day then I suggest picking about 4-5 stops.

That being said, some stops take a lot longer than others! For example, you could spend a whole day hiking through Þingvellir National Park as there are so many hiking trails to choose from. Alternatively, something like Faxi Waterfall can be seen and experienced in about ten minutes as you can see the waterfall from close to the carpark.

Places to eat on the Golden Circle

There aren’t many options to stop for lunch along the Golden Circle, particularly if you’re trying to minimise your Iceland trip cost, so it’s best to buy groceries and snacks from Reykjavik.

If you do want to stop somewhere for lunch then Friðheimar Farm serves its famous tomato soup, as well as other dishes. It is located quite close to Faxi Waterfall so make sure to plan your day accordingly if you want to stop here for lunch! It’s advisable to book ahead to make sure you get a table and they have soup left over for you!

What to wear when visiting the Golden Circle

In order to make sure you can enjoy all of the Golden Circle stops to the fullest it’s important that you are adequately dressed! Some of the important gear you should have includes:

Where to Stay Along the Golden Circle

If you prefer to stay along the Golden Circle rather than in Reykjavik itself there are some great options available. However due to the limited number of places, particularly compared to the capital, it is advisable to book ahead if you want to secure a place and a good rate.

Héradsskólinn Guesthouse – Located between the popular Golden Circle stops of  Þingvellir National Park and Gulfoss, this guest house is perfect if you want to visit those sites before the day trippers arrive. Rooms are clean and basic and there is the option of staying in rooms with shared bathroom to reduce costs. Click here to check their availability

Úthlíd Cottages – These cottages are located within a 15-minute drive of the Strokkur Geysir and offer guests rustic cottages complete with their own hot tub! Staff here can help arrange tours and there is also an optional breakfast. Click here to check their availability

Private Rental – There are a number of private places available such as this amazing modern log cabin. Click here to browse the best private rentals in Iceland!

Not quite what you’re looking for? Click here to browse other hotels along the Golden Circle!

Don’t let the popularity of the Golden Circle stop you from experiencing the amazing sites in this part of Iceland. Not only are the popular stops worth visiting and busy for a reason, but there are a number of great lesser visited Golden Circle stops that makes it possible to get off the beaten path!

Which Golden Circle stops do you want to visit? Or if you’ve already travelled to the Golden Circle, where else would you recommend visiting? Add a comment below! 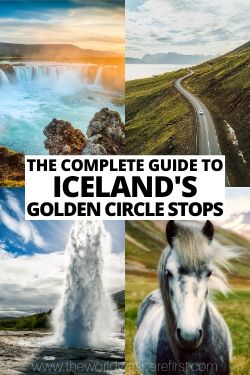 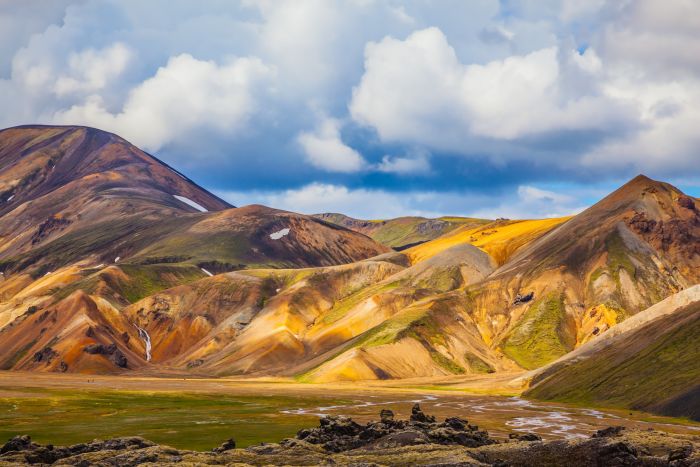 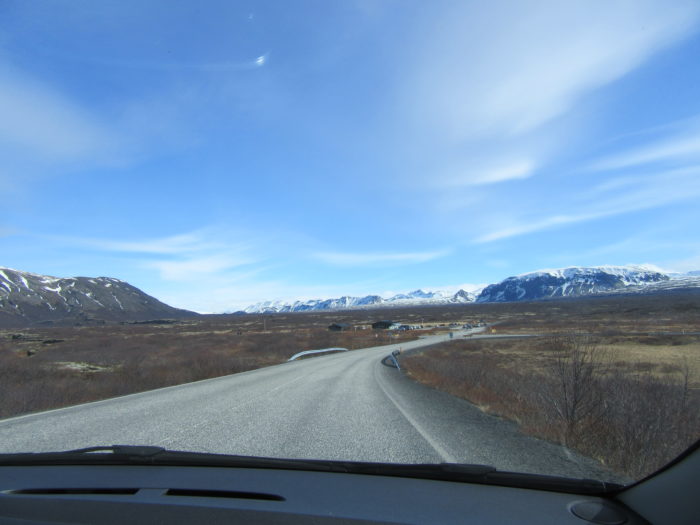 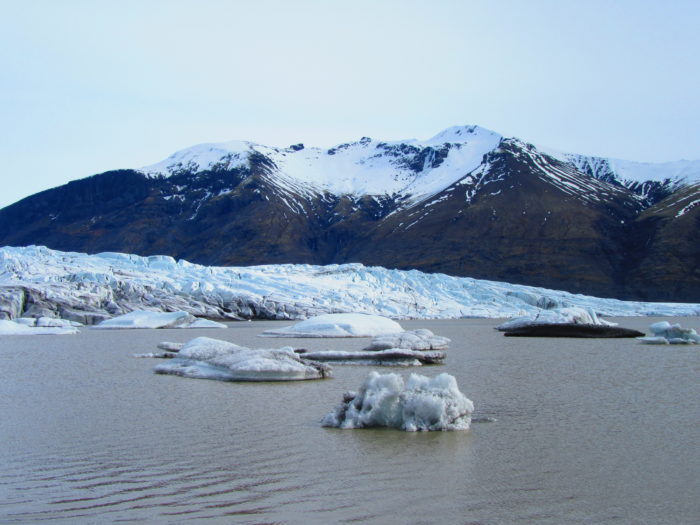