Like much of Bulgaria, Veliko Tarnovo is a town with a history that dates back thousands of years. Nestled high in the mountains to the north of the country, it is not a large city but has cemented itself firmly on the backpacker trail as a logical stop when heading into Romania. On top of that, it is littered with museums, historical sites, beautiful scenery, and, as the home of one of Bulgaria’s largest universities, a thriving nightlife. Though very hilly, Veliko Tarnovo is quite walkable and a leisurely stroll through its picturesque cobbled streets is absolutely wonderful. Surrounded by mountains that could satisfy any nature-lover, there are a number of things to do in Veliko Tarnovo is and it should definitely be a stop on any Bulgarian itinerary.

Getting To Veliko Tarnovo

Veliko Tarnovo is quite well connected within Bulgaria and neighbouring Romania and there are a few train connections daily from around larger cities in the region. It is far easier to arrive by bus, where there are hourly connections from both Sofia and Varna and a couple per day from Plovdiv. Michael and I arrived by bus from Varna (after an incredibly long and confusing day) and found the bus ride to be very pleasant, really clean and comfortable buses. The station is also right in the centre of town so it was very easy to get to our accommodation.

If you happen to be arriving by train, it is worth noting that most the cities of Sofia and Varna are not on the same train line as Veliko Tarnovo. So if you’re originating in either of these cities, the train will arrive in the town of Gorna Oryahovitsa which is about fifteen minutes outside of Veliko Tarnovo. Taxis are available to take to the town centre and cost about 10 lev.

We stayed at the Veliko Tarnovo branch of Hostel Mostel (we also stayed at the Sofia branch) and haven’t a bad word to say about it. We stayed in a nice private ensuite room and the hostel also includes breakfast and dinner (with a beer!) in the highly affordable nightly cost.

The facilities themselves are great, with nice common areas and outdoor spaces. They also organise group day tours, although we personally cannot vouch for them. And, to make it even better, they have a very sweet cat (I like cats)! Click here to read their latest reviews on Hostelworld or Booking.com!

Things To Do In Veliko Tarnovo

I swear I’m not trying to sound like a broken record, but the first thing I recommend doing in any European city is to go on a free walking tour. There is only one company offering this in Veliko (as of April 2017) and it meets every day in front of the tourist info centre in the Old Town. I think these tours are a great idea because they give you a great starting-off point in a city and it makes it easier to figure out what to do from there. Remember, the guides only work for tips, so it’s good practice to give as much as you think the tour was worth.

The Tsarevets Fortress is probably the main attraction in Veliko, and as the citadel of the Second Bulgarian Empire, it offers spectacular views of the city. There are a number of Thracian and Roman ruins to explore and there are tours in English on offer to give you more of a historical perspective.

If you’re interested in visiting museums, the Sarafkina Kâshta is a house museum built for a wealthy banker in the 1860’s and give an interesting glimpse into life in 19th century Bulgaria. The State Art Museum has an impressive collection of paintings of religious icons and admission is free on Thursdays. If you’re into ancient history, the Veliko Tarnovo Archeological Museum is the place for you; they have an intricate mural of the Bulgarian tsars and a large collection of Roman and Thracian artefacts.

If you’re planning on spending more than a couple of days in Veliko, I would highly recommend getting out of town and going for a day hike in the gorgeous surrounding mountains. There are many places to hike easily within reach of public transport.

As home to Bulgaria’s second largest university, Veliko Tarnovo has a thriving cafe culture and nightlife. For lunch, I can easily recommend Ego Bar and Grill, which served a really good pizza and a fresh shopska salad. It is honestly worth going in wherever the menu looks good and the place is relatively busy, Bulgarian cuisine is delightful and I don’t think we had a bad meal in the country!

If you want to go out drinking, there are a number of hopping bars and a few clubs in the city centre. Michael and I arrived on a Friday night and the vibe in the city was full of life. We enjoyed ourselves at the Tequila Bar (a local student and expat bar) which has a nice outdoor seating area.

All in all, Veliko Tarnovo is a lovely little city that is very much worth visiting.

Have you been to Veliko Tarnovo? What were the highlights of your visit? Let us know in the comments below! 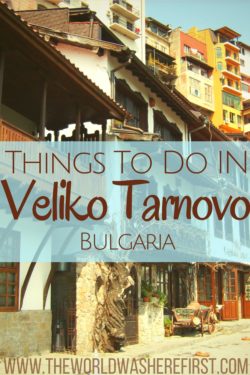 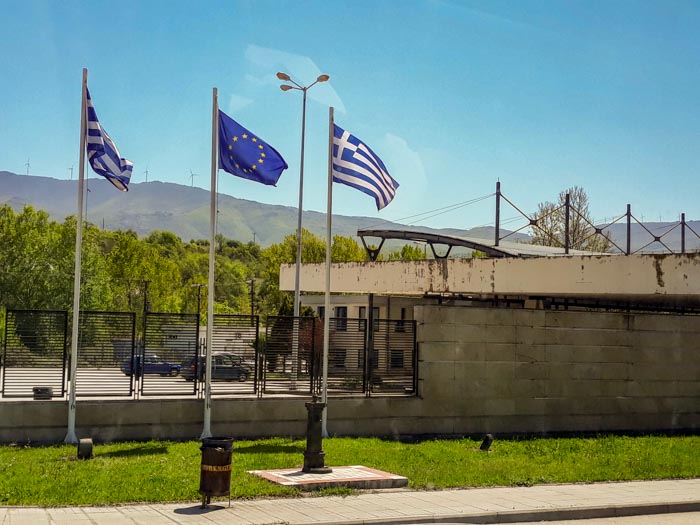 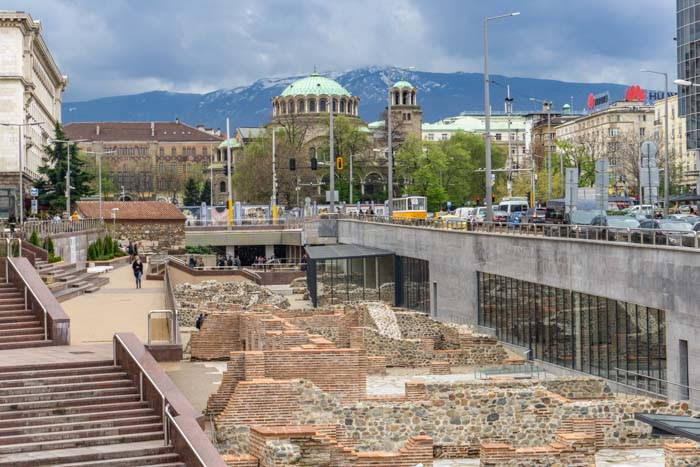