There’s no doubt that summer is peak season for Yosemite. It makes sense; many roads shut down in Yosemite in winter due to snow, making some of the highlights of the park inaccessible. Plus, the chilly weather can turn off many who seek an escape from the cold for their winter holiday. But if you’re willing to weather the storm (figuratively and literally), there’s nothing like visiting Yosemite in winter.

Once the snow falls in Yosemite, the park transforms from a stunning world of rock and pine to a winter wonderland that looks like something out of a fantasy novel. A sort of hush falls over the park as animals hibernate and travellers seek warmer weather, and the ivory forests and mirror-like rivers draw you into a peaceful winter embrace.

Visiting Yosemite during the winter months can be a bit more logistically challenging, but with a little preparation (and the help of this guide), you’ll find its both easier and more worth it than you might originally think.

Winters in Yosemite are cold and often snowy, with the average temperature floating between a low of 25°F (-4°C) and a high of 50°F (10°C). Though you’ll have to pack snow boots and a good winter coat, don’t let the chilly weather discourage you. Yosemite covered in snow is one of the most spectacular natural wonders in the United States and well worth a visit.

The bulk of the snowfall happens in December, January, and February, though it often carries into March and sometimes even April. You’ll want to keep an eye on the weather before visiting, as getting stuck in Yosemite during a snowstorm can be a logistical challenge.

However, if you come when the sky is cloudless and sunny, but the mountains capped in white, there’s nothing better.

Driving in Yosemite in Winter

The main roads in Yosemite Valley stay open throughout the winter, so you’ll still be able to visit some of the major sites such as Half Dome, El Capitan, and Yosemite Falls.

That said, many of the roads that take you deeper into the park, such as Tioga Road and parts of Highways 108 and 4, are often closed due to snow from mid-November to late May or June. Keep this in mind when planning a LA to Yosemite road trip or if driving from San Francisco to Yosemite.

Depending on how intense the snowfall has been, tire chains may be required in both Yosemite and nearby towns leading into the park. The winter infrastructure in Yosemite makes it easy to drive around the park once you get there, but keep track of the road closures leading up to your trip so you know where you can go.

As with any snowy environment, be prepared for icy conditions. This can be especially relevant in the morning when any snowmelt from the day before may have frozen into black ice across the roads.

Drive slow and keep an eye out for shiny black sections of the road that may be iced over. Black ice is one of the greatest risks of driving in winter, so make sure you know how to drive on black ice before heading to Yosemite.

If you need to a rent car for your trip to Yosemite, you can browse Rentalcars.com which compares prices across many different companies.

Which Month to Visit Yosemite in Winter?

The first snowfall in Yosemite is usually sometime in November, meaning you can visit during any winter month and expect to see the winter beauty. There are many holiday-themed things to do in Yosemite in December, so those who want a picturesque holiday vacation full of sleigh rides and ice-skating rinks may prefer to come then.

However, there is still plenty of winter fun to be had in Yosemite in January, and you avoid the crowds that come during their holiday vacation.

The most snowfall is in February, so if you want a guaranteed snow-cation, Yosemite in February can be a great time to gather for snow sport addicts, though you’re likely to have enough snow all winter to suffice.

Though we mentioned black ice when discussing driving concerns, this is not the only safety tip to keep in mind when planning a trip to Yosemite in winter. If you’re planning to go hiking in Yosemite in winter, make sure to bring trekking poles.

Winter traction devices, such as slip-on snow spikes or snowshoes, can be helpful as well, as these will help you keep your footing in icy conditions.

Study your maps ahead of time and bring a GPS device when hiking in winter, for the snow can often obscure trails, making it much easier to get lost during this time of year.

While it’s always a good idea to pack extra water, food, and a flashlight when hiking, this becomes especially important when hiking in winter as getting lost can have dire consequences for the unprepared.

When going out to hike in the winter, make sure someone knows where you’re going and when you’re expected back, in case anything unexpected happens. And don’t forget your sunscreen! It may look cold and cloudy, but the sun reflects off the snow and can damage your skin both short and long-term.

With these standard safety precautions, you should be well prepared to enjoy your time in Yosemite!

Things to do in Yosemite in Winter

Even if some roads are closed, there are plenty of things to do in Yosemite in winter. From winter snow sports, such as hiking and snow camping, to more relaxed activities like ice-skating and enjoying the local art exhibits, you can plan a winter trip perfect for every type of visitor.

Check out some of our favorite winter activities for ideas of how to spend your time in Yosemite.

Hike or Snowshoe on Open Trails

When people talk about hiking in Yosemite in winter, they are referring to one of two things: hiking the lower elevation trails with ice cleats or snowshoeing the higher elevation routes with snowshoes.

Both options offer a fun activity and a chance to get out amongst the trees and enjoy Yosemite’s beauty on foot. Most of the trails are open during winter, but keep in mind that the difficulty can ramp up a notch when you’re working with snow, and it becomes much easier to get lost on the less worn paths.

Before heading out, make sure to stop by the Valley Visitor Center to check on trail conditions and get advice on what the best trail is for your experience and ability level. You can also book a guided hiking tour if you’re not experienced in hiking in winter conditions.

One of Yosemite’s most quintessential winter experiences is the Ice Rink at Curry Village. An annual favorite since 1928, the ice rink appears every winter and offers visitors the chance to skate with Half Dome looming in the background.

The only exception is Christmas Day, January 1st and 17th, and February 21st, when the ice rink also remains open from 8:30-11am. Ticket sales open fifteen minutes prior to each session and are sold on a first-come, first-served basis.

Though the path may get icy at times, it’s a relatively clear, paved trail that is both wheelchair accessible and pet-friendly, even in the winter months.

This simple, half-hour trip is a great activity for those who want to enjoy Yosemite in the winter but are less interested in the more intense commitments that hiking in the snow can entail.

The Yosemite Museum, located in the Yosemite Valley, has been a landmark of the park since 1925.

It is the first museum built in any National Park and focuses on the heritage and culture of the Ahwahnechee people who once lived in the valley, as well as the Miwok and Paiute people who have lived in the area since 1850.

The museum is open from 9am until 5pm every day, though it does occasionally close from noon to 1pm. In addition to the year-round exhibit, new art exhibits often cycle through the museum. Current and upcoming exhibits can be found in the Yosemite Guide.

Cross-country skiing is a favorite winter activity for many. Though Yosemite may not have the slopes and infrastructure needed for downhill skiing and snowboarding, it has plenty of trails that make for a great cross-country skiing adventure.

The best part of getting on the ski is you can head out to some further regions of the park that are inaccessible due to winter road closures.

One particularly popular cross-skiing route in Yosemite takes you through Tuolumne Grove to the Merced Grove where you can ski amongst the Giant Sequoias.

Where to Stay in Yosemite

Little Valley Inn – Situated in the town of Mariposa close to the park entrance, this inn is a fantastic place to make for a base when exploring Yosemite in winter. They have a number of lovely rooms available and there is also a buffet breakfast on offer each morning. Click here to see their availability

Mariposa Lodge – Also located in Mariposa, this lodge is another comfortable and well-reviewed option close to Yosemite’s entrance. They have a myriad of lovely rooms on offer, a swimming pool on site and they even allow pets if you happen to be traveling with a furry friend. Click here to see their availability

Private Rental – Finding a private vacation rental is another fantastic accommodation option during your winter escape to Yosemite. There are a myriad of fantastic options available – like this cosy hilltop cabin – you’re sure to find something that suits your travel style and needs. Click here to browse Yosemite private rentals

Not quite what you’re looking for? Click here to browse more Yosemite hotels!

Yosemite in the winter is one of the most beautiful sights in the world and deserves a spot on every nature lover’s bucket list. With a little planning ahead, the trip can be safe, fun, and easy to navigate. The pay off? Gorgeous scenery and tons of Yosemite fun, without the crazy crowds that come each summer.

Are you considering a visit to Yosemite in winter? Have any questions? Let us know in the comments! 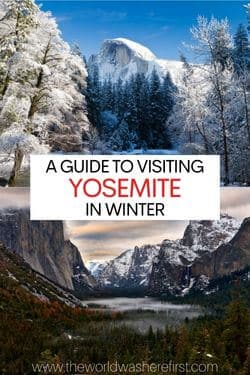 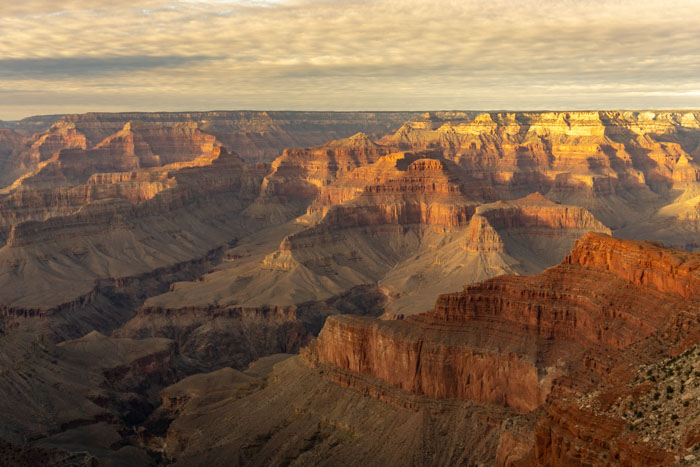 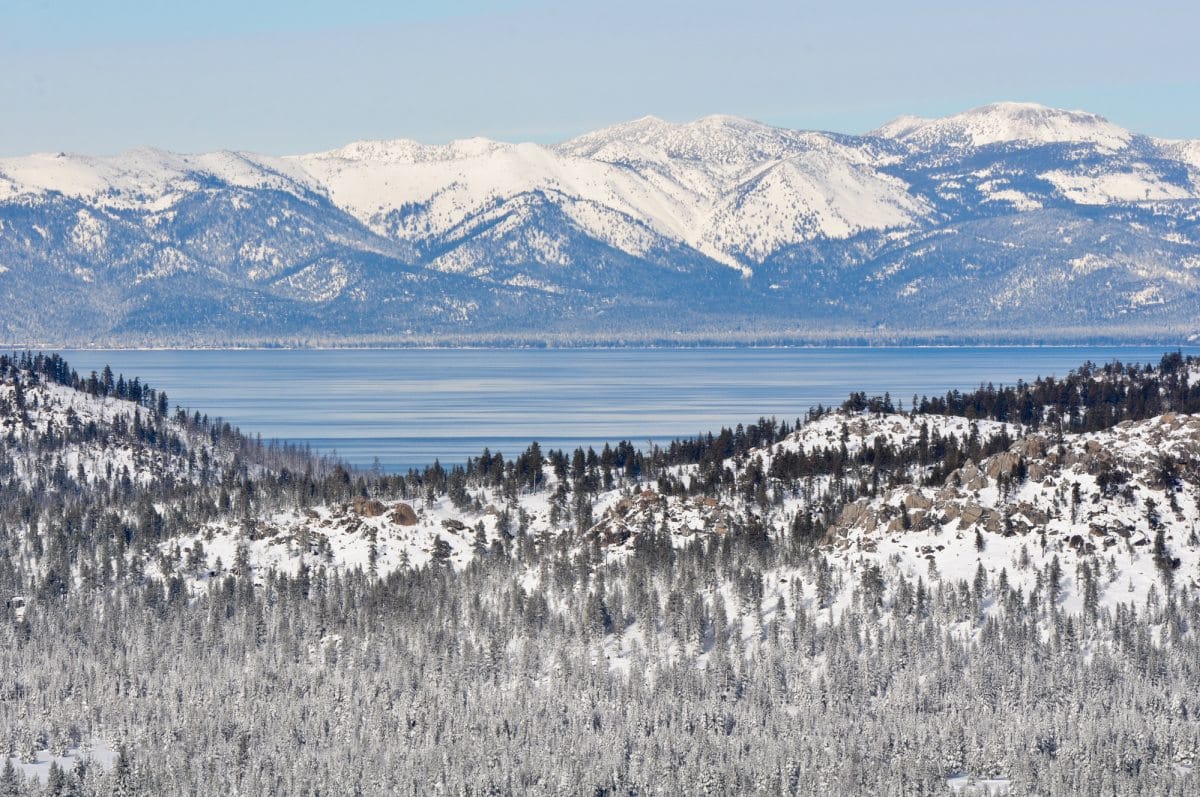 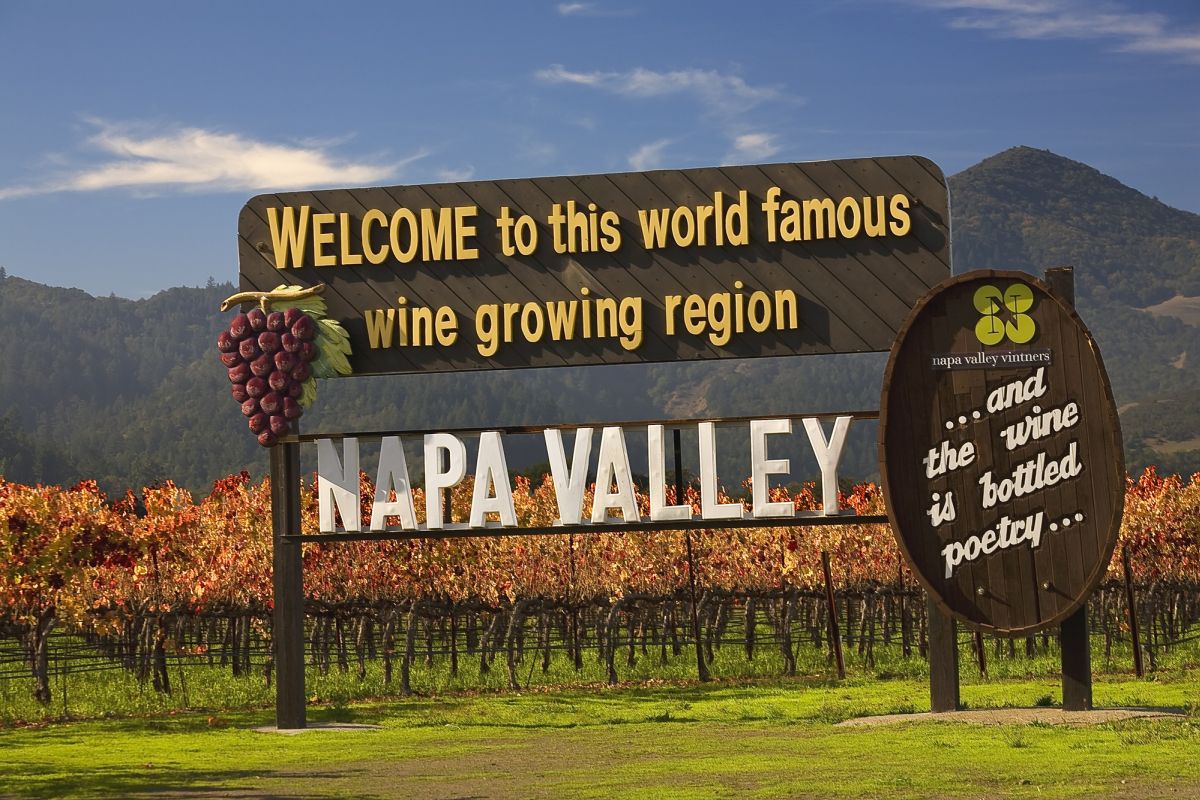 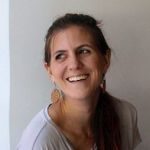 Sarah is a writer for The World Was Here First who has spent over a decade traveling the world and writing stories inspired by the people and places she encounters along the way. She is an avid adventurer who is always seeking new opportunities to expand her worldview and, thus, her writing.