The Baltic countries are a relatively unexplored area of Europe and those who do end up visiting tend not to venture any further than the capital cities. This is an immense shame, however, because this small corner of Europe has so much to offer any traveller — including miles upon miles of beautiful, pristine coastline. We had both been keen to visit a Baltic beach before leaving the region but weren’t expecting much. We were more than pleasantly surprised with what we found.

We visited two cities on the Baltic coast — Palanga, Lithuania and Liepaja, Latvia and can highly recommend a visit to either. Each city has its own character and is a fantastic introduction to the Baltic beach town.

Palanga is one of the biggest and most popular Baltic beach resorts in Lithuania. While it can get very busy in the summer months, it is mainly due to local tourism and doesn’t receive many international visitors.

Palanga is quite well connected within Lithuania and abroad. There is a small international airport just outside of the city centre that serves the main cities in neighbouring countries as well as having regularly scheduled flights to and from cities like Copenhagen and London.

Palanga is also easily accessible from nearby cities via the bus. We took the bus from Vilnius and it was inexpensive and comfortable. The Vilnius – Palanga route runs several times daily throughout the summer and takes around four hours. 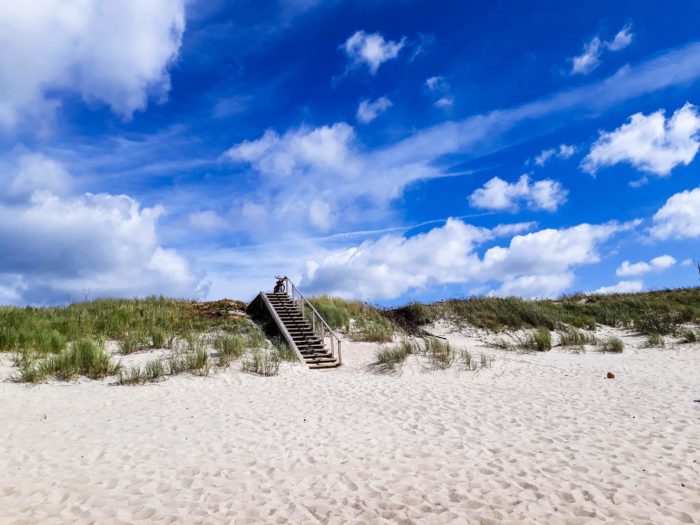 There aren’t any hostels in Palanga and finding budget accommodation through conventional means can prove to be a bit of a challenge. However, there are a number of Airbnb options available at very affordable prices. We, for instance, stayed in a lovely studio apartment very close to the beach at only around €30 per night.

If you prefer to go this route, as we do, there are a number of holiday rentals available, especially in summer and not just through Airbnb. Just keep an eye out and be sure to book in advance — accommodation is in high demand in the summer months.

While incredibly popular among Lithuanian tourists, there aren’t a lot of things to do in Palanga. However, spending a lazy day on a patch of the over 10 kilometres of soft, white-sand beach is a fine place to start! While the stretch of beach close to the pier and Palanga’s city centre can be quite busy, you can very well find an area all to yourself if you just walk a bit further down the long Baltic beach.

As we found, Lithuanians on holiday love to linger over a long dinner and we had a number of delicious meals while we were in this lovely Baltic beach city. There are quite a few great places to eat in Palanga, two of our favourites included A-petit, where we had some of the best mussels we had ever tasted in our lives, and Ararat Cafe, a fantastic Armenian restaurant right next to our Airbnb with a great outdoor seating area.

After Palanga, we weren’t entirely ready to say goodbye to the Baltic beach so we ventured a little farther north to the town of Liepaja, Latvia. We instantly fell in love with this charming little city with both its parks, stunning beach, and wonderful architecture.

As one of Latvia’s largest cities, Liepaja is very well connected within the Baltic countries with direct buses from most of the big cities in the surrounding area. We caught a short the bus from Palanga, which leaves three times daily, and found ourselves in the Latvian Baltic beach city in under two hours!

Liepaja is also well connected with Latvia’s capital of Riga, with buses departing nearly every hour and a journey time of 3.5 hours.

Similar to Palanga, there aren’t a lot of conventional budget accommodation options in Liepaja. While there is one hostel, however, we opted once again for our own apartment on Airbnb. Like elsewhere in the Baltics, it is incredibly affordable to rent your own place and it can be welcome to have some privacy while still on a budget.

Again, like Palanga and other Baltic beach towns, it is advisable to book in fairly far in advance in the summer. There are a number of options available, however, they tend to book out fast as the coastline is in such demand.

There is far more to do in Liepaja than in Palanga and the city itself is infinitely more walkable. Not only does it have a vast and beautiful white-sand beach, there are a number of things to explore within Liepaja itself. The beach, however, is the highlight of any visit to Liepaja as it has some of the softest, whitest sand either of us had ever seen. There are also numerous beach bars where you can lounge on the sand while enjoying a beer, cocktail, or a simple ice cream cone!

Liepaja Seaside Park is also lovely to stroll through. It’s the largest park in the city and, not surprisingly, is located directly next to the beach. The beautiful, lush greenery is perfect to wander through, especially on a hot day in summer. And it does get surprisingly hot — highs often reach over 30°C!

One of the other fantastic things to do in this wonderful Baltic beach city is to visit an open air market. We spent close to half a day wandering through the farmer’s market called Petertirgus in the centre of town while munching on a giant tub of the most delicious blueberries you could ever imagine!

There are so many more Baltic beach cities to explore, however, Palanga and Liepaja definitely gave us a good taste of the seaside culture of these wonderful countries. Each city was unique and gave us a different taste of the Baltic coast.

Have you travelled to any Baltic beach towns? Are you planning a visit? Ask a question or leave a comment below! 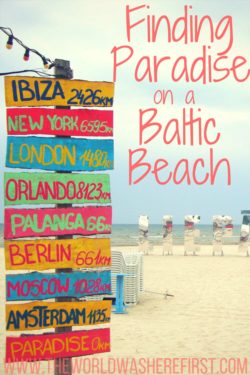 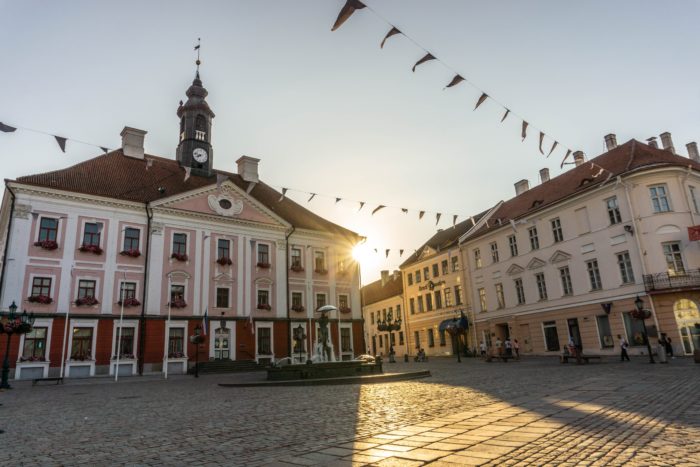 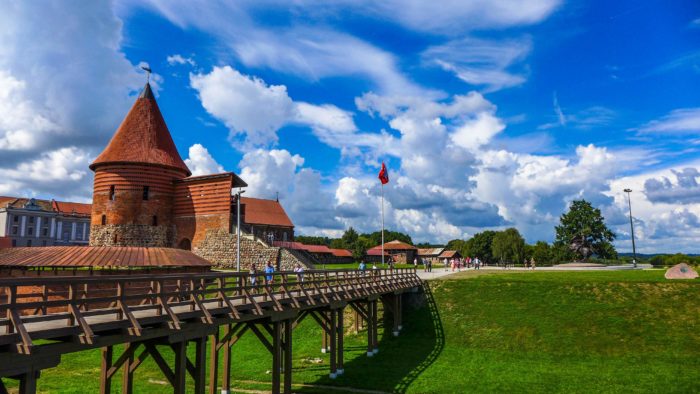 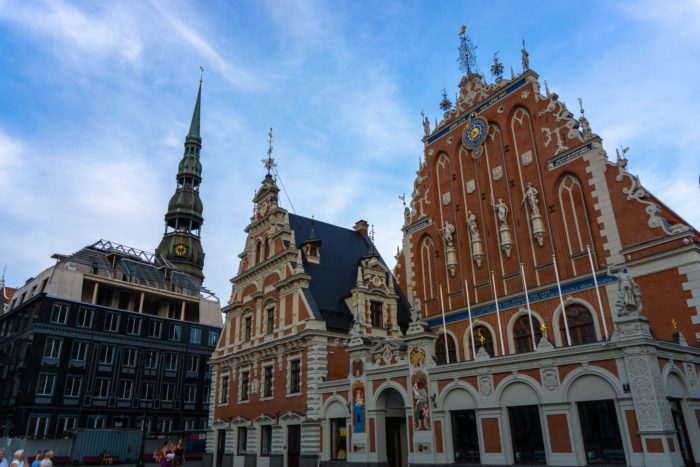