How much will a Baltics trip cost? Many potential travellers will ask themselves this before heading to this area of the world. The Baltic States of Lithuania, Latvia, and Estonia sit nestled in the northeastern corner of Europe and see very little international tourism outside of their respective capital cities.

However, since joining the EU in 2004 and adopting the Euro as currency in 2015, travelling through these countries is met with the ease and low prices of Schengen-area countries like the Czech Republic with the lack of tourist crowds in the Balkans.

These facts make Baltics travel an appealing choice for those looking to get off the beaten path in Europe. However, because not much is known about this underrated area of the continent, many people ask themselves the question: “How expensive are Estonia, Latvia and Lithuania for tourists?”

Well, we spent the best part of a month exploring this undiscovered area of Europe in 2016 and returned again for several weeks in the summer of 2018 and found it incredibly easy to maintain a tight travel budget while still living quite comfortably.

We returned to the region again in the summer of 2022 and found that, like everywhere, prices have increased but it is still an affordable place to travel in Europe. The main areas in our Baltics travel budget — including accommodation costs, transport, food, activities, and entertainment — all come fairly inexpensively when compared to the prices of Western Europe.

This, coupled with lively, cosmopolitan cities and a beautiful, unspoilt coastline, is reason enough to explore these three wonderful countries!

Accommodation Prices in the Baltics

Like with most travel budgets, the biggest aspect you’re going to need to account for in your total Baltics trip cost is going to be accommodation. If you’re a backpacker and commonly stay in hostels, be warned that outside of the main cities, hostels can be few and far between. That is not to say that it is tricky to find budget accommodation.

If you do stay in a hostel, you can expect a bed in a dorm to start somewhere around the €15 mark, with a private room costing about €35-50 per night. If there don’t happen to be hostels in the city or town that you wish to stay in, make sure to check out Airbnb or similar sites.

A private, one-bedroom apartment in most major areas lands around €60-80 per night and a hotel room in a nicer, centrally located hotel will land around the same. Obviously, it is always possible to spend more money, but these are the prices to expect for a mid-range trip.

Prices tend to stay pretty steady throughout the region, but Tallinn can be slightly more expensive than the other big cities just due to the fact that it receives more tourism, however it is possible to combat this if you stay outside of the Old Town.

Luckily, this hasn’t translated much to accommodation costs as a majority of the city’s visitors come via cruise ship or on a day trip from Helsinki, so the price of a bed is still quite low. Especially when to compared to Finland’s nearby capital.

Transportation Prices in the Baltics

Much like in the Balkans, Baltics travel is dominated by the mighty bus! Buses in the Baltics, however, are some of the nicest I’ve seen anywhere in the world and can be an incredibly comfortable mode of transportation. They will be, however, the second-largest portion of your travel budget next to accommodation.

A domestic bus within cities rarely cost more than €10 – 15 and an international bus won’t generally break €20 — and that’s only for a 5+ hour journey.

Generally, you can assume that a bus between destinations to land somewhere between €10 – 20. It can often be significantly cheaper to book bus tickets in advance online in order to save some money. There are also often discounts available for those who are under 26.

Public transport within cities is quite extensive and very affordable. In general, expect to pay about €1.50-2 for a single journey on a bus or tram, with prices varying from city to city. There are also often discounts available if you are a student. Public transport information for the major Baltic cities is widely available online and it can be worth researching before arriving to have a better idea of the costs.

Taxies are also fairly affordable for short journeys, and Uber is also available in Tallinn and Vilnius. Taxi scams are not nearly as common in the Baltics as they are elsewhere in Eastern Europe, but it is always good practice to make sure that the meter is on and running before you begin a journey.

It is worth noting that it isn’t common practice to hail a taxi from the street in the Baltics, but rather to call one in advance. If the city you are visiting does not have Uber, we would recommend using the Bolt app, which functions in the same way and is used throughout the Baltics.

If you want to have a lot of flexibility and maybe get away from the major cities in the Baltics, it can be very worth it to rent a car. Car hire prices are, unfortunately, quite high in 2022 but there are ways to save money on that.

Going through a local company can be a good option, as can hiring a manual transmission instead of an automatic. For a basic car rental, expect to pay about €50 per day, not including fuel costs. Note that, current fuel prices land around €4 per litre.

For those who do want to rent a car while in the Baltic, we suggest browsing RentalCars.com to find great deals across a number of different companies.

Food Prices in the Baltics

Baltic cuisine is quite unique and draws influence both from Eastern Europe and from that of the Nordic Countries. I am always a massive proponent of sampling the local food and drink and when it comes to Baltics travel, it comes quite affordable!

The average cost of a meal at a budget-friendly restaurant is €10 and you can often have a three-course meal at a mid-range restaurant for under €20-30 per person.

Street food or a fast food burger won’t cost more than €7 and, of course, you can always buy some groceries and cook your own meals if you really want to stretch your Baltics travel budget.

All in all, it is entirely possible to eat very well in the Baltics for no more than €25-40 per person per day.

Activities Prices in the Baltics

Now that the basics for your Baltics travel budget are accounted for, it’s time to look at how much money you’re going to spend actually seeing the wonderful sights!

Fortunately enough, the cities of Vilnius, Riga, and Tallinn all offer free walking tours which don’t have to cost you a penny, however, note that the guides work only for tips so it’s customary to leave around €5 if you found that the tour was worth it.

There are a number of great museums throughout the Baltic countries and you almost always have to pay an entry fee to see these. Generally speaking, admission into most museums will rarely cost more than €5 for an adult ticket and there are almost always discounts for students, youths, and seniors.

If you happen to be visiting one of the many Baltic beach towns such as Liepaja, it also won’t cost a thing to spend a day lounging on the soft, white sand! The same goes for exploring one of the many beautiful national parks dotting the Baltic countryside.

Altogether, it isn’t necessary to spend more than €5 – 10 per day on activities in your Baltics travel budget.

Entertainment Prices in the Baltics

Obviously, no Baltics travel or backpacking budget would be complete if you didn’t account for the price of entertainment. And you’re in luck because a pint of local lager in a bar costs on average about €2.50-3. If you’re after a basic cocktail, such as a gin and tonic, that’s going to cost a few euros more — averaging about €6-8.

There is also a thriving craft beer scene in the Baltics, though a bottle or pint does tend to cost a bit more than its mass-produced counterparts. If you’re keen to sample the craft beer in a bar, expect to pay around €5.

Also, if you’re like me and can’t start the day without a cup of coffee, a cappuccino from a local cafe will set you back around €2. Not too bad!

In order to get a more clear idea of how much Baltics travel is going to cost, I’ve averaged the prices I outlined above. This is assuming you’re splitting the costs of accommodation with another person and the costs are outlined per person per day.

Assuming you’re only going to travel every four days or so and that you don’t eat a three-course restaurant meal every night, you can comfortably travel in the Baltics for around €50 – 150 per day.

The higher end of the budget factors in the costs of a rental car (split between two people). Visitors can save a significant amount of cash if they do not want to hire a car.

This does not include any pre-trip expenses such as flights or gear that you need to pack such as a proper jacket, adapters, packing cubes or a microfibre towel! Click here to see our recommended packing list for more items you might have forgotten!

Another thing to consider when travelling in the Baltics is travel insurance. We personally used World Nomads for our Baltics trip however it’s important to read the policy details to ensure it’s right for you. Click here to get a quote from World Nomads.

The Baltics are one of the few places in Europe that the tourist crowds haven’t entirely discovered yet. Baltics travel is not only easy, interesting, and a lot of fun, but it can also be incredibly affordable!

Have you been to the Baltics? Are you planning a trip? What did you Baltics travel budget look like? Let us know in the comments! 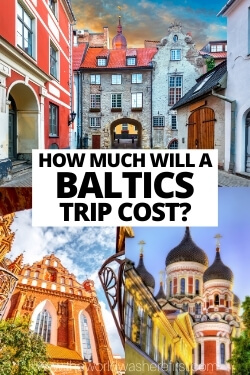 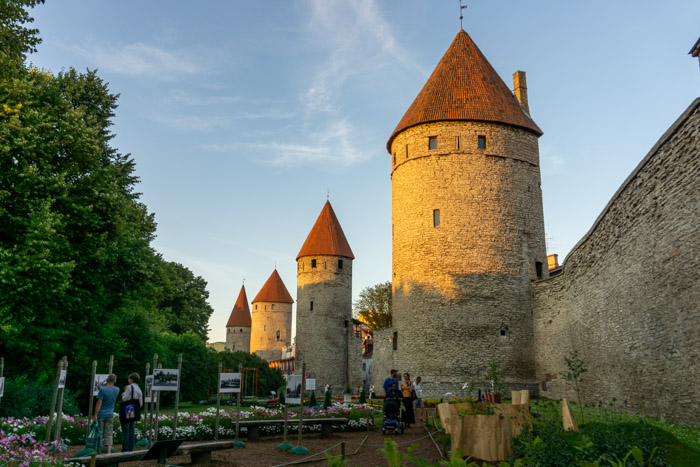 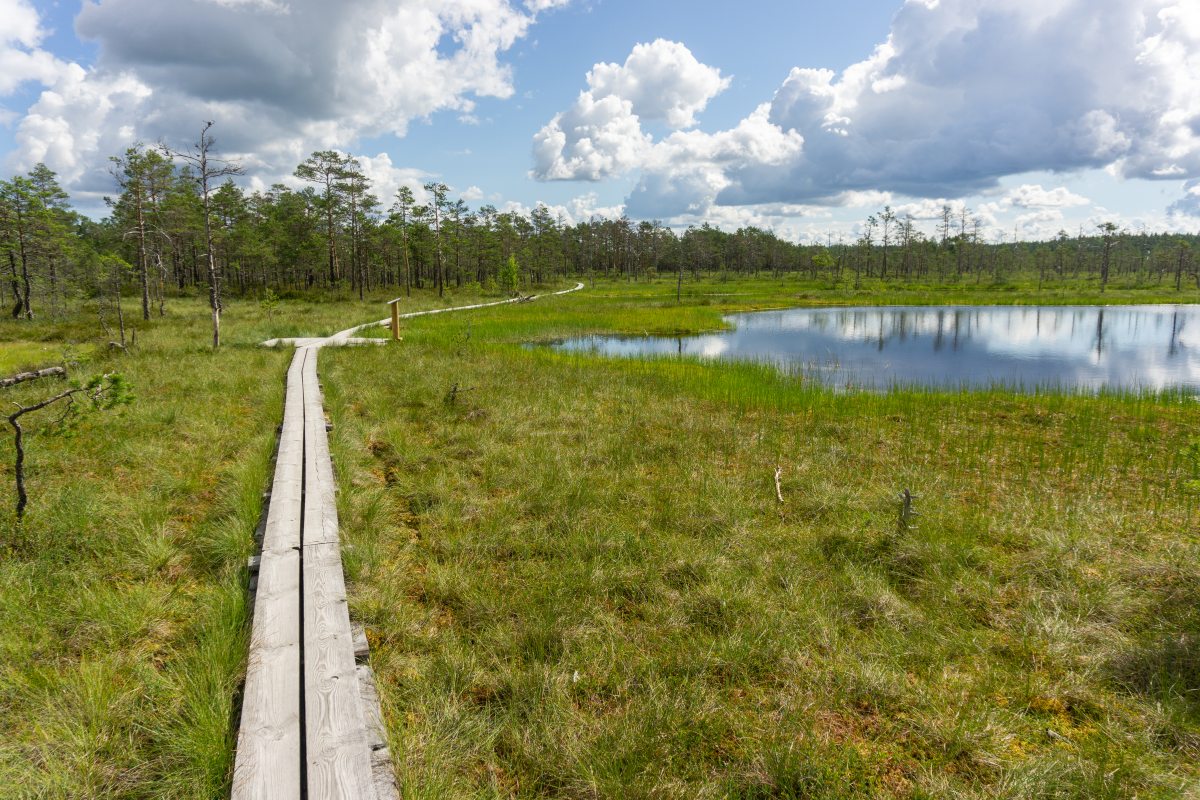 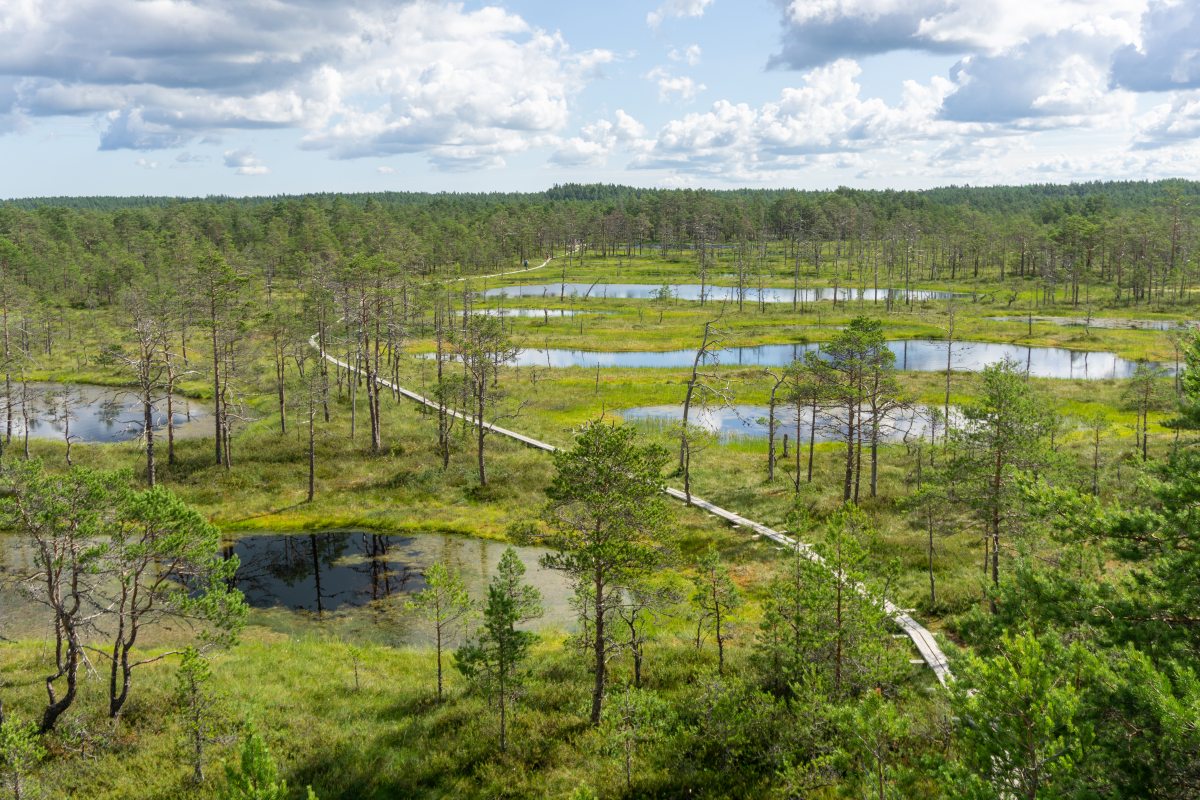